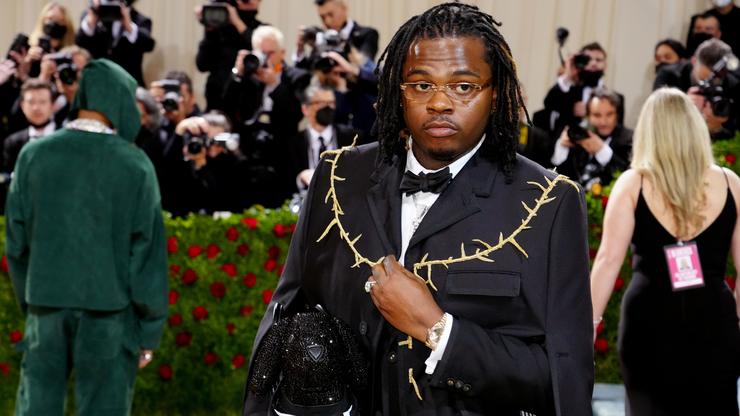 Gunna was among 28 YSL members indicted on RICO charges.

Gunna has officially turned himself into authorities after he, Young Thug, and 26 other people were indicted on RICO charges on Monday. CBS46 reports that Gunna is currently in police custody after his name was listed in the 56-count indictment. Gunna, real name Sergio Kitchens, is charged with one count of Conspiracy To Violate the RICO act.

Per Complex, Gunna’s name was listed on five different counts in the RICO indictment against YSL. They claimed that he committed felony acts of drug possession (methamphetamine, marijuana, and hydrocodone) with the intent to distribute. Gunna’s name was also listed in counts of theft by receiving stolen property. However, the merits of the charges largely rely on social media activity, such as the rapper donning a YSL chain and promoting the YSL brand across social media.

During a press conference on Tuesday, Fulton County D.A. Fani Willis said that members of street gangs will be prosecuted to the “fullest extent of the law.”

“As the District Attorney of Fulton County my number one focus is targeting gangs, and there’s a reason for that, they are committing conservatively 75 to 80% of all of the violent crime that we are seeing within our community and so they have to be rooted out of our community,” she said. “It does not matter what your notoriety is, what your fame is if you come to Fulton County Georgia and you commit crimes, and certainly if those crimes are in furtherance of street gangs that you are going to become a target and a focus of this district attorney’s office, and we are going to prosecute you to the fullest extent of the law.”

We’ll keep you posted on any more updates regarding the YSL case.