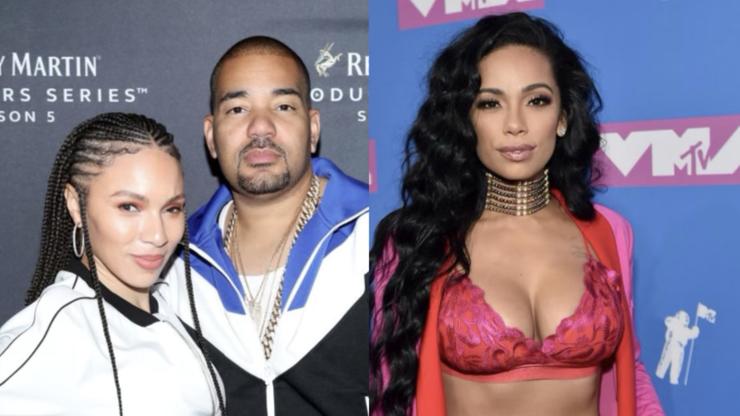 If you’re in need of relationship advice, Gia Casey and DJ Envy’s new book – Real Life, Real Love: Life Lessons on Joy, Pain, & the Magic That Holds Us Together – may just have some of the wisdom you’ve been looking for.

The book arrived today (April 19th), and tells the story of how the couple has managed to remain together over the years “through Raashaun’s growing celebrity, a devastating (and very public) cheating scandal, and the births of six children.”

According to the synopsis, Casey and her man are “stronger and more committed to each other than they’ve ever been,” and during their press interviews for the book, the duo seemed to be incredibly open about the steps that they’ve taken to improve their union.

In one interview, Casey admitted that she spent years faking orgasms when having sex with DJ Envy, and when she finally told him, he admitted to being “crushed” by the news. Through solid communication and teamwork, though, it sounds like they were able to get things in the bedroom back on track.

Over on Twitter, Real Life, Real Love has become a hot topic of conversation, with a handful of users bringing Erica Mena – who the aforementioned cheating scandal took place with – into the conversation.

“Any time DJ Envy’s wife speaks about how bad his sex is, it makes me wanna hear from Erica Mena,” one person wrote. “This couple loves embarrassment.” Others compared their behaviour to that of Will and Jada Pinkett Smith, who are also known for making controversial headlines.

Read more Twitter reactions below, and let us know if you’ll be picking up a copy of DJ Envy and Gia Casey’s new book in the comments.