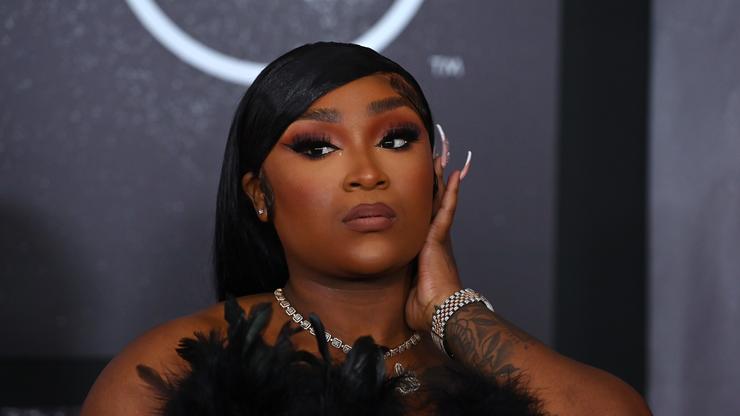 After receiving backlash for her Nicki Minaj comments, Erica Banks followed up with an indirect tweet to her peers.

Erica Banks is still feeling the heat from her Nicki Minaj comments. Banks recently revealed that Nicki blocked her on social media, though she is still a fan of Minaj. Baby Tate also went on a Twitter rant after Nicki allegedly ignored all of her feature requests.

“Nobody gone tell you that you’re the best, you gotta make that sh*t. Idc how many gimmicky rappers or rappers wit sob stories try to attack my character, I’m still that girl that get y’all hot by literally speaking [laughing emoji] bc I’m her. Now shutup & rap,” Banks tweeted on Tuesday (April 19) morning.

Banks became the topic of discussion after a clip of an interview went viral, during which she discussed that she’s tried to reach out to Nicki Minaj to work with her. “I love Nicki, but I just felt like, I been trying to reach out to her for a long time but I felt like she kinda ignores me and she entertains girls who really can’t rap,” she said in the clip. Minaj has recently collaborated with Doja Cat, Bia, and Coi Leray, so it was easy for fans to assume Banks was taking shots at her peers.

Since her remarks went viral, she’s gotten some flack from Asian Doll. Asian Doll hopped on Twitter yesterday (April 18) to give her opinion on Bank’s claims. “Erica played HERSELF nun of the rap girls think like this except the person that sat her ass in that seat on that stage &said what she said what she said so therefore she standing on that ALONE don’t drag us with his women with all RESPECT [one hundred emoji],” Asian Doll tweeted.

Check out the tweets below.