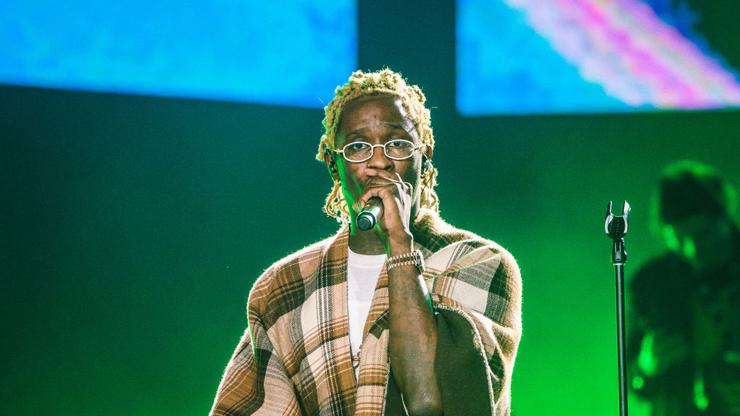 DJ Akademiks says that Young Thug is a legend, but he’s not a “big dawg” in hip-hop.

DJ Akademiks is known for sharing his opinionated takes on his Off The Record podcast, as well as his Instagram and Twitch channels. One of the most popular hip-hop media personalities in the country, Akademiks makes sure to cover up-and-coming artists and established forces alike, and he will regularly also post about sales projections. On Wednesday morning, Ak updated his Twitter page with the latest sales projections for Drake’s Certified Lover Boy in its seventh week, and Young Thug for Punk in its first week. He noted that the two are neck-and-neck for the top spot on the charts next week with 82,000 equivalent album units respectively, but with those numbers, Ak was confident enough to claim that Thugger is not a “big dawg” in the rap game.

Young Thug‘s debut album So Much Fun debuted at #1 on the Billboard 200 with 131,000 units in its first week. Slime Language 2, the album released by Thug’s YSL Records collective, also reached #1 with 113,000 album units sold in its first week. However, Thug’s numbers dwindled with Punk, dropping by about 30,000 units since SL2. That has Ak claiming that Thug just doesn’t have the pull that his fans think he does.

“Btw I’m honest as I said .. any artist who don’t sell 100K ain’t a big dawg! Even thug,” said Ak on Twitter. “I look at thug as an exec tryna push YSL than consider his solo efforts sort of where Rick Ross was at when he started pushing MMG more than his own music. Thug still a legend but #s don’t lie.”

Punk has received mixed reviews from fans and critics, and it’s clear that Akademiks wasn’t the biggest fan.

Do you think Young Thug is a big dog in the rap game, or does Akademiks have a point?