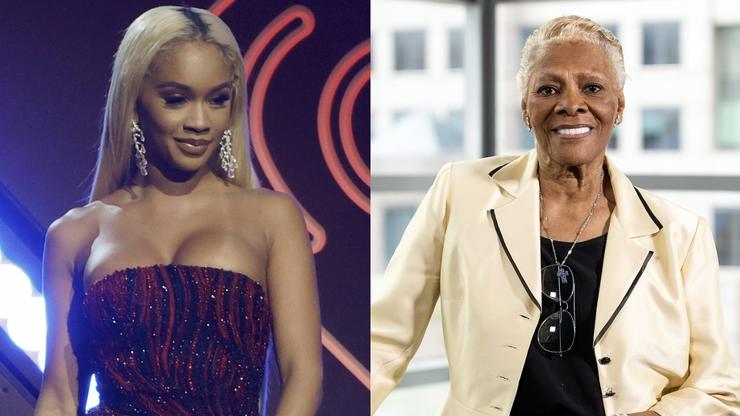 Dionne has some questions for our Icy Girl.

80-year-old Dionne Warwick has been known to send Twitter into hysterics with her posts from time to time, and for the last few days the “I’ll Never Love This Way Again” singer has been on a roll. On Tuesday, she asked her 537,000+ followers a few questions about Saweetie, and they were quick to fill her in on all she needed to know.

“Why is that young lady’s name spelled ‘Saweetie’ and not ‘Sweetie’?” she tweeted, earning her hundreds of replies. While some took the opportunity to laugh and drop some carefully crafted memes, others filled Warwick in about the history of the “Icy Girl” rapper’s name.

“It’s kind of a cool story tbh,” one person wrote, along with a screenshot explaining that Saweetie (whose real name is Diamonté Quiava Valentin Harper) was often called “sweetie” by her grandmother, but when it came time to craft her Myspace profile, she wanted to add some flair to the nickname, and thus, Saweetie was born.

Shortly after her initial post, Warwick tweeted again, this time saying “this new generation is so creative and fun. ‘Saweetie’ is so fun to say.”

While on the topic, one fan asked “Auntie” Dionne a question about her name, and why she goes by Dionne, instead of her given name, which is Marie. “It is my middle name dear,” she replied.

Later on, the New Jersey native thanked her followers for answering the questions she had, clarifying that, “I do like the name. I was just curious about the spelling.”

See some of Twitter’s clever responses to Dionne Warwick’s question below.