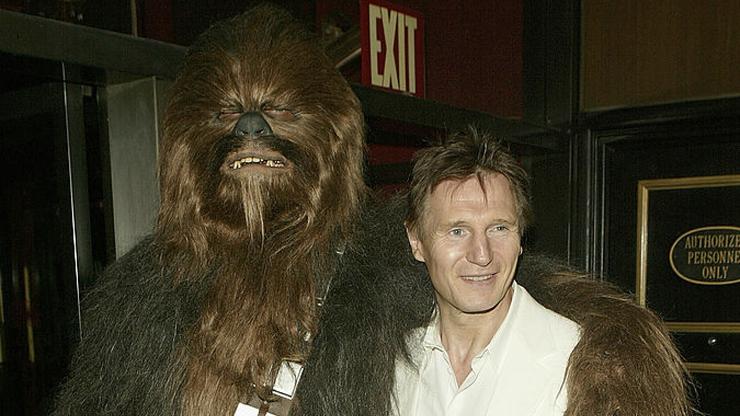 “Obi-Wan Kenobi,” a new Disney+ original, premiered on the streamer earlier this weekend.

Great news for Star Wars fans – Disney+ has a slew of exciting new content coming over the next year, some of which will see the return of old favourite characters, including Liam Neeson’s beloved Qui-Gon Jinn, who he portrayed in the first prequel film, The Phantom Menace.

The news of Neeson’s was just one of the exciting moments that unfolded at the four-day 2022 Star Wars Celebration event at the Anaheim Convention Centre, which kicked off on Thursday and is wrapping up today, May 29th. The Taken actor is set to lend his voice to one episode of the upcoming animated anthology series, Tales of the Jedi, which will recount stories from across various generations of knights.

As Collider reports, Qui-Gon Jinn’s return comes with another special surprise – Neeson’s own son will join him to voice a younger version of the character as we get a look at his time spent as a padawan under Count Dooku who, as fans will know, eventually turned to the dark side, becoming a Sith.

It was also noted that Ahsoka Tano will be another major feature of Tales of the Jedi, as creators unravel the story of her mother. The first full 15-minute episode debuted during the panel, though it won’t be until sometime this fall that subscribers are able to stream it.

Another Star Wars original on the Disney+ docket for 2023 is Young Jedi Adventurers. “Taking place during The High Republic era, [the forthcoming series] will follow Younglings as they learn the ways of the Force, while en route to becoming fearless warriors,” Daily Mail reports.

If you don’t want to wait until the fall to get your fix, you’ll be happy to know that Obi-Wan Kenobi made its premiere on the platform earlier this weekend, although a content warning was added due to the recent tragedy that unfolded in Texas – read more about that here, and tap back in with HNHH later for more pop culture news updates.