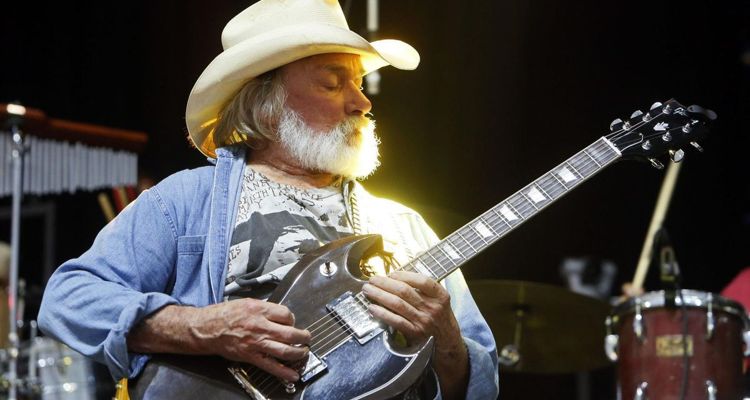 Ahead of the Rock and Roll Hall of Fame ceremony this weekend, Dickey Betts is calling out the unjust treatment of artists for broadcast plays.

“This weekend, as we celebrate the induction of legendary artists into the Rock and Roll Hall of Fame, it’s worth remembering that music creators are still not paid by AM/FM radio when their songs are played over the air,” Dickey Betts says in a press statement. “That’s just wrong.”

“As we stand up and applaud the careers of star performers, we also should take this moment to stand up for music creators who aren’t fairly compensated for their work. Major media companies rake in billions of dollars in advertising and yet refuse to pay artists a dime when their music is played. The American Music Fairness Act is before Congress and would rectify this wrong.”

“As we celebrate our diverse musical culture, we should be doing right by the artists behind the music and paying them for their contributions,” Betts concludes. Betts is a founding member of The Allman Brothers Band, which still enjoys significant spins on classic rock stations across the United States.

The American Music Fairness Act is before Congress and would change that, requiring radio stations to compensate artists when their songs are broadcast. Representatives Darrell Issa (R-CA) and Ted Deutch (D-FL) introduced the AMFA to rectify radio corporations refusing to pay artists.

American terrestrial radio stations are not required to compensate performers when they play music. The legislation includes a specific exemption for small radio stations that make less than $1.5 million per year, requiring them to pay only a nominal annual fee ($500/yearly) to play as much music as they want. Large corporate broadcasters will be required to pay royalties to artists – just like they already do to songwriters.

By a 2-1 margin, Americans believe it’s unfair that artists aren’t compensated when their music plays on traditional radio. And 60% report they were not aware that is the case and has been for years.

Want to know more about the American Music Fairness Act?