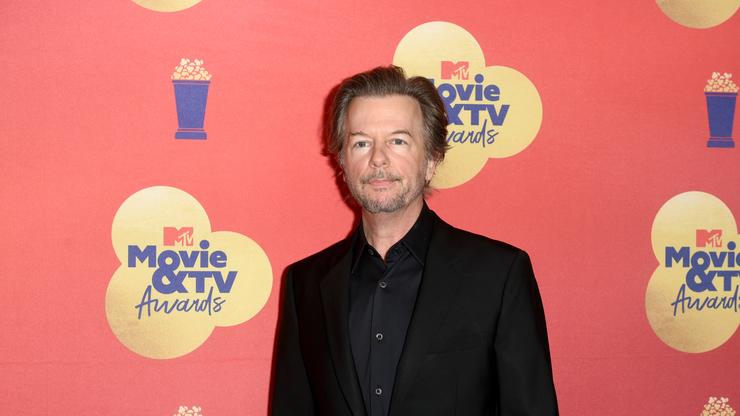 The “Grown Ups” star donated to a Burger King employee who went viral for working every day for 27 years.

Despite his comical film and TV roles, David Spade doesn’t joke around with money. Last Thursday, he donated $5,000 to Kevin Ford, a Burger King employee who has not ever missed a day of work in the 27 years he’s worked there.

The 57-year-old actor made the contribution through Ford’s GoFundMe page, and he also sent him an Instagram DM, according to these TMZ screenshots. “Keep up the good work. 27 years,” wrote Spade.

The Burger King employee responded with much gratitude, saying he might be able to take a day off now. Spade joked, “Wait till year 30.” Ford took it well and said, “Damn, are you one of my managers? [laughing emojis] Thank you again Sir, you’re the best, have a great day.”

Ford recently went viral this week when the fast-food chain got him a “goody bag” to celebrate the achievement comprised of a few questionable items: some Reese’s, Lifesavers, a movie ticket, a lanyard, some keychains, and a few other everyday items.

Ford posted a video praising Burger King for their actions, saying that “loyalty pays off.” However, many were critical of Burger King and the higher-ups that authorized the gift for not giving Ford more reward for his incredibly hard and consistent work. People have rightfully said he deserves more than just a goody bag, whether that be vacation time or a whole franchise.

Amid the virality of the incident, Ford’s daughter started a GoFundMe page for her father, which provided some context to the accomplishment. Ford started working at Burger King as a single father when he gained custody of his two daughters. He continued to work there and raised four daughters all the way to college, and they all benefitted from the health insurance that the job provided.

“My dad continues to work here, because though he does look young, he is coming up on retirement age and leaving would cost him his retirement,” says Ford’s daughter Seryna in the GoFundMe page description. “In no way are we asking for money or is he expecting any money but if anyone feels like blessing him he would love to visit his grandchildren.”

Kevin has told TMZ that he’s a big fan of David Spade’s films, which makes the interaction all the more meaningful. As of writing this article, over 3,200 people have raised over $105K for Ford.

This isn’t the first time Burger King has been criticized by employees or customers, but it’s also not the first time a celebrity gives its workers the wild reward they deserve. Whatever the case, at least Ford is seeing his hard work pay off and being properly rewarded for it – all while cracking jokes with a superstar comedian.