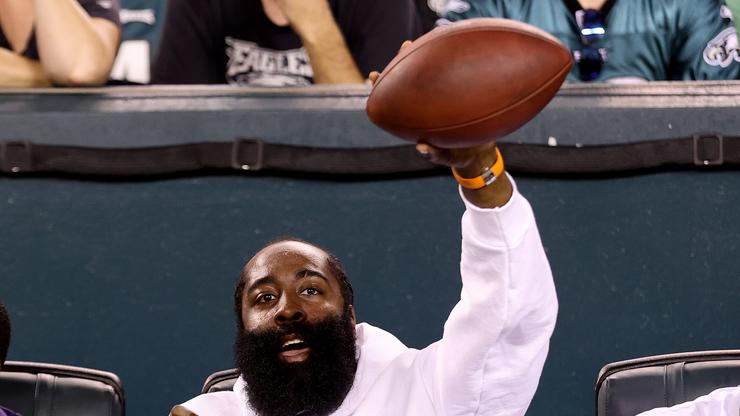 James Harden has been enjoying his time in Philadelphia ever since being traded to the 76ers. In the offseason, Harden made a very serious commitment to the team, and it is crystal clear that he wants to be with the franchise long-term. This is good news for the Sixers, and fans have every reason to be excited about this upcoming season.

Last night, Harden found himself at the Philadelphia Eagles home game against the Minnesota Vikings. In the clip below, you can see one of the highlights from the match in which Darius Slay came through with an interception at the goal line.

Following the big play, Slay went over to where Harden was sitting and immediately gave him an autographed game ball from the play. It was an epic moment and there is no doubt that Harden was loving every single moment of it as he lifted the ball up for the entire stadium to see.

In the end, Harden’s attendance proved to be a good luck charm as the Eagles won the game with ease. The Vikings never got anything going, and the Eagles are now looking like real threats in that NFC East.

Stay tuned to HNHH for more news from the sports world.