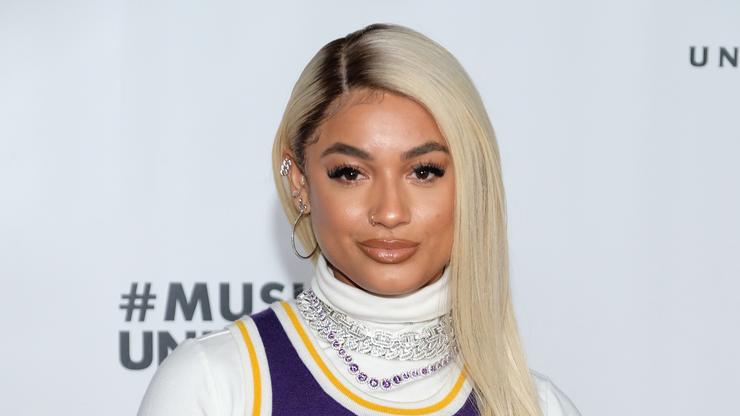 The singer revealed that she’s in the studio and penned a sad face suggesting she’ll be pouring out her heartache.

She’s entering into a new season now that she seems to have officially severed all romantic ties with the father of her child, DaBaby. DaniLeigh recently suffered a public meltdown of her relationship with the rapper after their argument was displayed on Instagram Live. Not only did the pair fight, but they revealed their newborn daughter for the first amid clips of police officers speaking with DaniLeigh.

Although the pair touted their romance and DaBaby even was side by side with her in one of his music videos, he would go on to disrespectfully call her a “side b*tch” with who he was never in a relationship with.

Artists obviously put their feelings about their experiences on wax and DaniLeigh’s fans are awaiting what she’s been cooking up. Summer Walker took her drama with London On Da Track and made it a chart-topping record and it looks as if DaniLeigh is hoping to do the same. The Def Jam singer shared several images of herself recording and in one, she drew a sad face with tears on her leg.

“Someeee coming [fingers crossed emoji][eyeballs emoji],” she wrote in the caption to her photo dump. Last month, R&B veteran Tank advised DaniLeigh to hold all of her emotion for her music, not social media. Check out her post below.