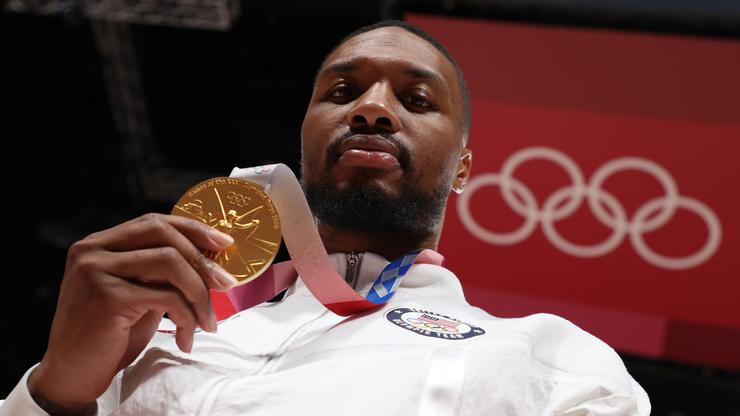 Damian Lillard is committed to staying in Portland.

Damian Lillard is one of the best players in the NBA right now and while he has been loyal to the Portland Trail Blazers over the years, there are still many fans out there who believe he could end up requesting a trade. Lillard has been adamant that this is simply not going to happen, and that he is committed to the Trail Blazers organization moving forward. In fact, Lillard has even dunked on a few reporters who have continuously suggested that he would try to leave the team

In a more recent report from Christopher Kamrani of The Athletic, Lillard spoke about all of these trade rumors and how they are out of his control. As Lillard explains he prefers to defend himself as he doesn’t like to read false narratives about himself.

“You get to a position where it’s like, ‘Do I defend myself or do I just say nothing.’ For me, when I’m just hearing stuff that’s not the facts, I’m going to say I didn’t say that,” Lillard said. “Some things I’ve just got to let it be said. I know what the truth is. I know where I stand. It’s not my duty to make the public know … it’s not my job to make them aware of what that is. It definitely has been different. I feel like I’ve handled it like I’ve handled everything. I just let it happen. I let people talk and I just stay true to who I am and I stand on that. If I say something, I stand on what I said. It is what it is, at this point.”

Lillard is a player who has always been against the concept of superteams, so it should be no surprise that he takes these rumors so seriously. The man has a brand to protect and at this point, it wouldn’t make sense for him to go against everything he has stood for over the years.

Stay tuned to HNHH, for more updates from the basketball world.