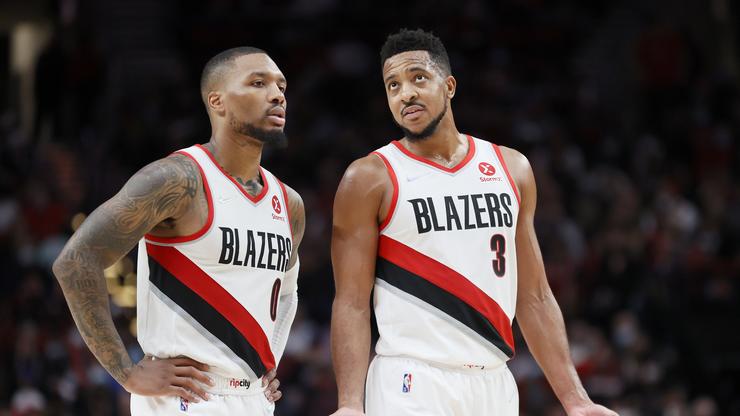 Damian Lillard and CJ McCollum were a dynamic duo on the Portland Trail Blazers. Of course, their time together ultimately came to an end this season as McCollum was traded to the New Orleans Pelicans. Since joining the Pelicans, McCollum has improved the team’s fortunes tremendously, especially since they will now play the San Antonio Spurs tonight in the play-in round. Meanwhile, the Blazers pretty well tanked in order to improve their draft position.

In a recent interview with ESPN, Lillard spoke about losing his right-hand man, and how it’s been difficult to see McCollum enjoying his time on another team. Of course, Lillard is happy for his friend, however, he does feel just a little bit jealous about it.

“It’s weird, man. It’s weird to see him enjoying playing with somebody else,” Lillard said. “It’s almost like a little bit of jealousy, like … man he’s having fun playing with them. I always said me and CJ are really [partners]. That’s really my friend. I’ve always known what he is capable of.”

Hopefully, for Lillard, the Blazers are able to change their fortunes, sooner rather than later. He has devoted a lot of time and energy to that franchise, and it would be a shame for him to finish his career with nothing to show for it.