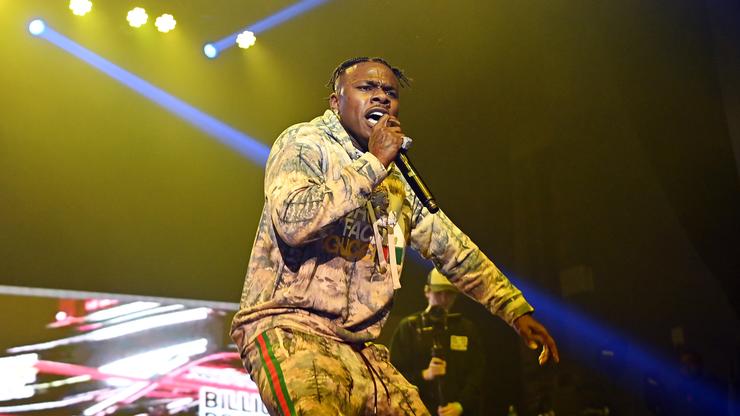 DaBaby took to Instagram to discuss the shooting that took place at his home.

DaBaby has been in the news quite a bit over the last 36 hours as it was revealed that he shot a man at his compound in North Carolina. On Wednesday night, an uninvited houseguest found their way onto DaBaby’s property. Eventually, DaBaby was alerted to the man’s presence and came face to face with him. That’s when the two exchanged words before DaBaby ultimately pulled the trigger.

In surfaced 911 audio, it was revealed that DaBaby is the one who called the authorities. Once police arrived, they took the intruder to the hospital where he is expected to fully recover. As for DaBaby, it appears as though he will be able to escape charges in the shooting as North Carolina is a stand your ground state.

Since the shooting, DaBaby has since taken to Instagram where he is sending a direct message to the intruder. Simply put, DaBaby feels as though he saved the man’s life in a way, and that he doesn’t want to see the guy on his property, ever again.

“I chose not to take a n*gga life the other day & it felt great. Buddy ain’t deserve to go, I step righteously,” DaBaby sad. “Heal up & live my boy! Just don’t bring ya ass back.”

You can listen to the 911 call from the incident, down below.