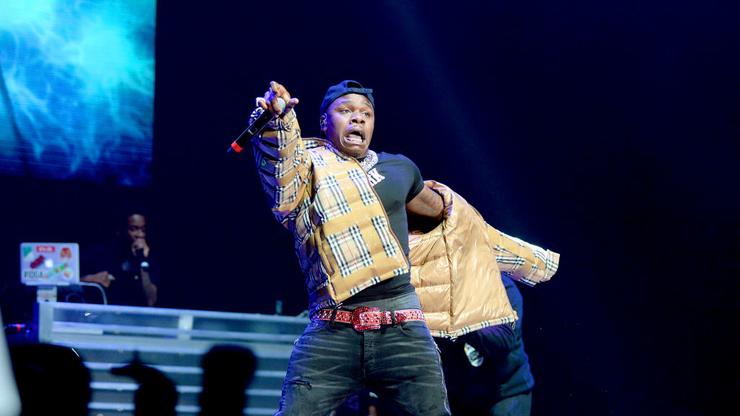 DaBaby’s nephew was just trying to enjoy his new toy, but he was accidentally pushed to the ground by the rapper.

DaBaby‘s family held a celebration for the rapper’s young nephew, who celebrated his birthday over the weekend. The event included plenty of gifts for him to unwrap and, when the little boy was having some fun observing his new Transformers toy, he was accidentally knocked to the ground by the “Suge” rapper.

The moment was captured on DaBaby’s Instagram Stories, which also catches his nephew’s epic reaction to the shove.

Baby was hyping up his nephew and when he went to get a closer look at the toy he received, he gave the boy a little bit of a push but, as you know, the North Carolina rapper can be a little aggressive at times. He was a little too hard on him, resulting in the little boy dropping to the ground.

“My bad, my bad, my bad,” says DaBaby as he tries to apologize for what he did before his nephew rises up, turns around, and gives him the most disgusted look you can imagine. “My bad, gangsta. Happy birthday! Shit, I was just excited! I was excited, n***a,” adds Baby, but the kid was definitely not impressed by what happened. It looks like he was contemplating ways to get back at the Billboard sensation before cooling off and getting back to his gifts.

Thankfully, this was captured on video because it will live on forever now, reminding us of this glorious moment.