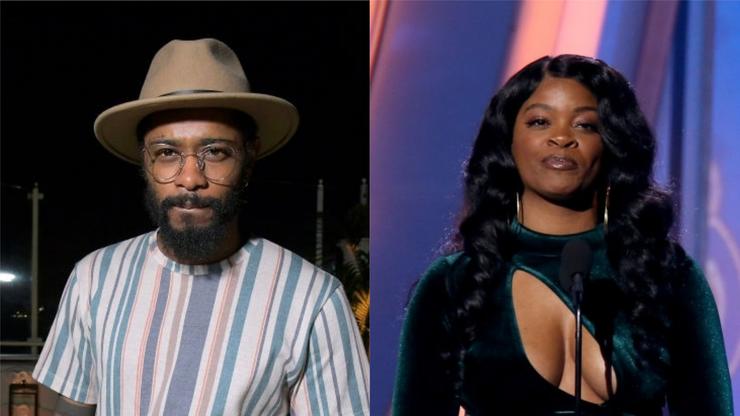 LaKeith Stanfield randomly posted a picture of Ari Lennox on Instagram, months after he asked her out on a date.

Back when the pandemic was just starting out, LaKeith Stanfield hopped onto Ari Lennox‘s Live and asked her if she wanted to quarantine and chill. Clearly, the Dreamville singer was excited about the prospect of going on a date with the Sorry To Bother You actor, freaking out about it all.

We haven’t heard much about their link-up but, according to LaKeith’s latest post-and-delete, it looks like he’s still very interested in taking Ari out to dinner.

Last night, the actor shared a picture of Ari on his Instagram page, using the caption, “js”. It’s unclear what he was “just saying” but, what was clear is that Stanfield still hasn’t lost any lust for the gorgeous singer. He’s very interested in getting with her, dedicating an entire post to her several months after their initial “shoot your shot” fest.

Do you think they’ll actually creep into each other’s hearts and form the next big celebrity couple?

Maybe LaKeith heard the Ari Lennox’s new song “Chocolate Pomegranate” and was re-inspired to slide in to ask for her hand?

This summer, LaKeith worried fans when he started posting videos of himself drinking alcohol out of pill bottles, sparking a mass outreach to see if he was doing alright. He looks to be doing much better.