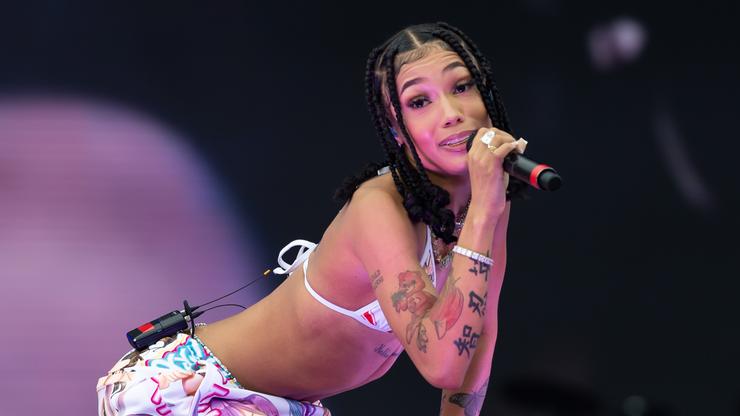 She spoke about critics who “keep notifications on” about her moves and says she wants to “challenge herself” like Lady Gaga and Doja Cat.

In what is expected to be a sold-out, multimillion-dollar-making tour from the first date until the last, Lil Baby is ready to hit the road. He’s bringing along a few friends: Lil Durk, Bankroll Freddie, Rylo Rodriguez, and Coi Leray. The Back Outside Tour kicks off in just a few days, and ahead of its launch, Leray caught up with the Los Angeles Times to talk about the development of her career, and the outlet specifically honed in focus to the constant criticism the rapper faces from social media users.

Leray often addresses her detractors after going viral. Whether it is about her lyrical abilities, Rap skills, music releases, or physical appearance, Leray recognizes that her moves are regularly scrutinized by a global audience. As daunting as it can be, she welcomes her critics.

“I swear, people keep notifications on me just so they can hate on my performance, my body, my braces,” she told the publication. “But it all works perfectly with my promo plan. Run the views up!” Leray also touched on her inclusion in this year’s XXL Freshman class. “The Freshman list is important — it’s this moment people spend their careers waiting for,” she added. “But even if I didn’t make that list, I would have been fine. I’d just be sitting on a different list of people who didn’t make the Freshman list, like Drake, Lil Baby, Young Thug, A.S.A.P. Rocky.”

Leray also revealed that she wants to “challenge herself” like Lady Gaga and Doja Cat, stating that she “wouldn’t mind being a pop girl.” However, she didn’t want to actively compare herself to any of her peers. “I’m so confident in who I am that I don’t look at nobody as competition. I could be in a room with anybody and [not] feel like they’re overshadowing me.”

“I write my own music. I’m not a hundred percent where I want to be, but I’ve gotten better because I’m growing up.”