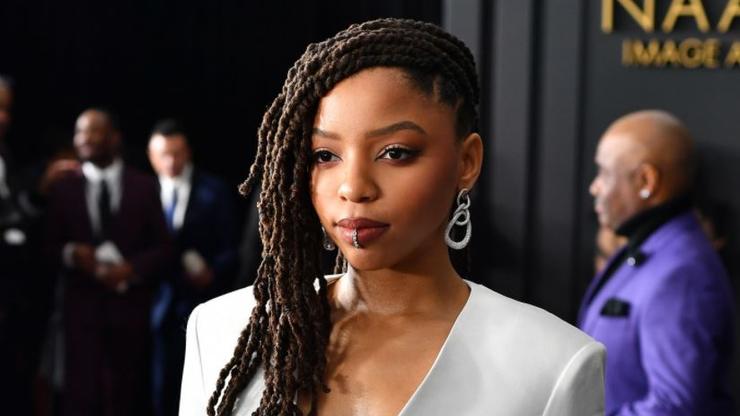 The 23-year-old addressed comments about her racy social media posts.

As the ChloÌe x Halle brand splits as the singing sisters forge their own career paths, ChloÌe Bailey has revealed that her solo debut is on its way. We’ve seen much of ChloÌe on social media as she has shown off those impressive vocals while serving a thirst trap or two. As her sister Halle Bailey awaits the release of The Little Mermaid, the live-action film where she stars as Ariel, ChloÌe caught up with Billboard about her forthcoming project.

The album will reportedly be released via Columbia Records and Beyoncé’s Parkwood Entertainment. “It’s ninety percent done,” said the singer, also noting that she’s currently doing her best to narrow down the tracklist. At the moment, she has approximately 50 songs to choose from and added that the album is “definitely more pop.”

On September 12, ChloÌe will take to the MTV Video Music Awards stage to perform “Have Mercy,” a track that her fans are excited to hear. “I’m creating my own lane, as well as paying homage to the ones who have inspired me. It has been fun finding my voice.” ChloÌe began working on the album in 2019 just months before the pandemic hit and the record took a backseat as she and Halle promoted Ungodly Hour.

“When my sister and I create, we don’t try to dim the other’s light, so the creative process for me has been exactly the same,” she said. “Now it’s just me in my bedroom. But it was a little scary in the beginning, because [I was used to] having Halle be there to ask, ‘Is this sounding good?’ Having her sign of approval meant so much to me. Now I have to be my own voice and be proud and confident in what I bring to the table.”

“The funny thing is, I haven’t changed at all,” she added while speaking about her perceived new style. “Even though my sister and I [launched] our different Instagrams and you saw us as individuals, a lot of that content was [already] on my finsta for my friends and family. I’m a pretty sexual being and I feel confident in who I am and in the skin I’m in.”

“I just turned 23 this year, I’m not a teenager, I’m not a little kid anymore and I’m really happy that people are seeing that. It definitely wasn’t forced. It wasn’t anything new. The real me was always there, people are just now seeing me 360.”