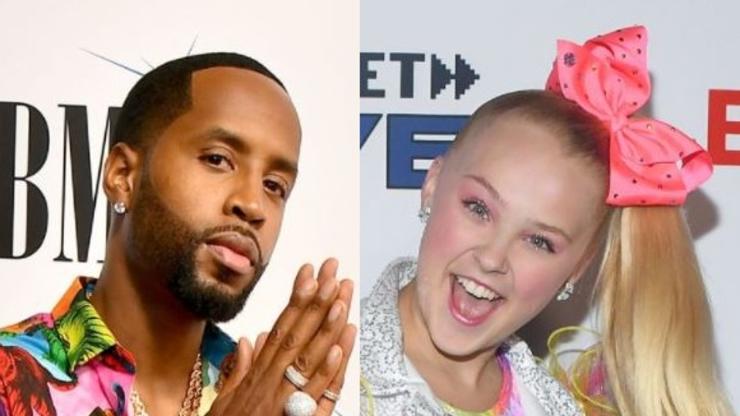 The teen is set to appear in the first same-sex couple “Dancing With the Stars” has ever featured since its debut in 2005.

She’s spent the better part of her life in the spotlight and now JoJo Siwa is transitioning into adulthood. She gained fame as a kid on Dance Moms and a team of handlers soon turned her brand into a booming multimillion-dollar empire. The 18-year-old recently came out as a part of the LGBTIQA+ community and reportedly has a girlfriend, and she will soon become the first person on Dancing With the Stars to have a same-sex partner since the show’s debut in 2005.

News of the groundbreaking announcement quickly took social media by storm, and soon, there were dozens of headlines highlighting Siwa’s DWTS appearance as “historical” or “making history.” Safaree Samuels doesn’t think this will make it to the history books.

“Wow so this is considered history [crying laughing emojis],” the Love & Hip Hop star wrote. “I’m really laughing at this. [thinking emojis]. They’re not teaching this in no history class in 20 years this ain’t history.” Meanwhile, Siwa spoke with Good Morning America about her inclusion in the popular series.

“I’m so happy that I get to dance with another girl. I think this is going to make it normal for people around the world,” Siwa said. “I always said, obviously, you can love who you want to love. That’s known all around the world, of course, and that’s the message I’ve been spreading, especially to a younger generation, but now I’m able to say, you can dance with who you want to dance with.”