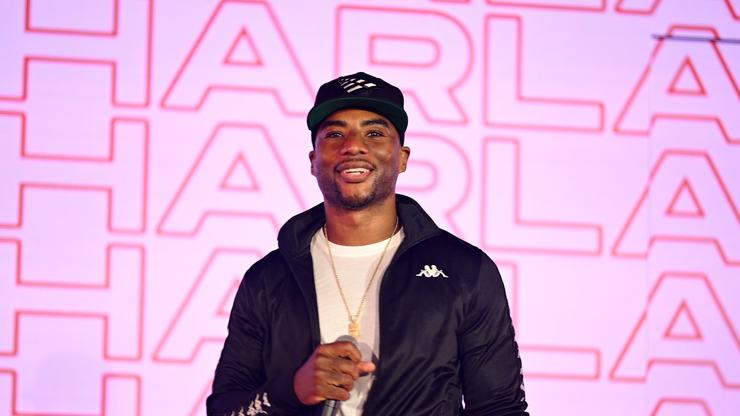 Social media reacts after Charlamagne made things awkward during his interview with Santana.

Charlamagne Tha God has surely ruffled some feathers on his radio show, The Breakfast Club. With co-hosts Angela Yee and DJ Envy, the trio talks about everything from celebrity gossip to politics. They also interview some of the hottest people in the industry– which oftentimes sparks up controversy.

Their latest interview was done with Saucy Santana, an LGBT rapper who recently signed to RCA records. During the nearly hour-long sit-down, they discussed his come-up in the industry, new projects he’s working on, and how he opened up for Latto on her tour.

Despite all the positivity they discussed regarding Santana’s career, one specific part of the interview is trending on social media. Near the end of their talk, Charlamagne brought in one of his employees to introduce him to the artist. When he stepped through the door, Charla said, “He really enjoys your twerk videos.”

Thrown off by his introduction, the “Walk Em Like a Dog” rapper yelled, “You buggin’ the f*ck out.” “I’m not lying,” the 43-year-old stated, “I’m dead serious… He actually said to the room, ‘Y’all don’t be watching Saucy Santana twerk videos?”

Santana asked the worker, who Charlamagne referred to as Art, if he enjoyed the content, to which he responded, “It’s entertainment. I thought it was funny.”

After things got silent, Angela Yee chimed in and said, “I don’t even know why he did that. He was just minding his business.” In his defense, Charla claimed that he wanted him to keep the same energy since he was in front of the rapper.

Once social media users caught wind of the moment, they began giving their opinion. Some felt that the host did nothing wrong, and that it was to be expected since he is a radio personality. Others were outraged. They claimed that it was tasteless for Charlamagne to expose someone knowing the size of his platform.

Fans asked Santana how he felt during that part of the show, and he tweeted, “I was so nervous. I ain’t know what was going on.”

Read some of the argumentative tweets, and watch the full interview down below.

Lmfaoooo! I was so nervous. I ain’t know what was going on https://t.co/M0amMR93Aa