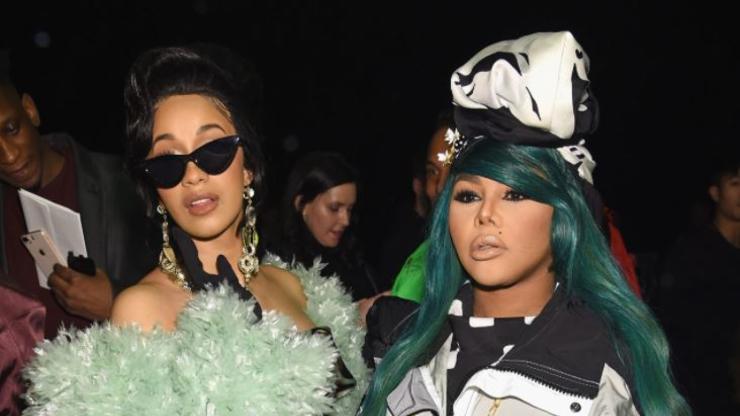 The two New York rappers go way back and Cardi defended Kim against people who have been harshly criticizing the Rap legend online.

When it comes to Lil Kim, her peers make sure to stand by her side when things get tough. The Rap veteran is a longtime, respected emcee in the game, but that hasn’t made her impervious to receiving severe criticism from the public. Kim is used to people coming at her and typically stays silent regarding negativity, but after a clip of the music video to her “Santa Papi” went viral and people lashed out at Kim, Cardi B has had enough.

The holiday song is connected to Nick Cannon‘s Miracles Across 125th Street film and several people shared the video with harsh remarks about the Queen Bee.

“I’m tired of it and it’s heartbreaking…She’s is so sweet ,supportive and a REAL F*CKIN LEGEND,” Cardi tweeted. “I remember when I used to beef wit b*tches and I used to put on my MySpace her song F*CK YOU! [crying laughing emoji] I think it gotta be these 2000’s born kids on this app that don’t know about sh*t!”

The support caused Cardi to become a target as well, and someone asked her if she loves Lil Kim so much, why hasn’t she collaborated with her. Cardi didn’t see the logic in that statement.

“What do a collab go to do with someone constantly getting CYBER BULLY?” she asked. “Before a artist I am a woman wit feelings and I know how much it hurts to constantly get picked on…When I collab wit her is going to be at the right time & the right song.I don’t rush BIG MOMENTS!” Check out more from Cardi’s Twitter below.