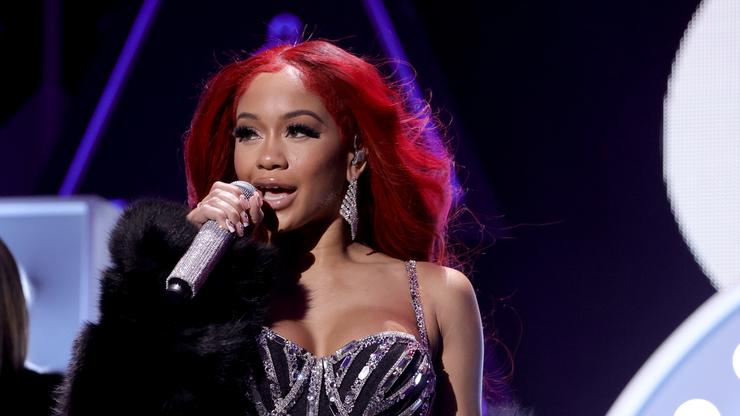 The rapper escaped those conversations about her live performances and showed off her…assets.

In the midst of a controversy, Saweetie knows just how to distract her naysayers. The rapper has been coming under fire in recent months after clips of her live performances surface online. Saweetie has been working on her career and craft for years, first starting out as a viral sensation on social media, but the USC graduate has been able to secure those partnerships and deals that have catapulted her into Grammy-nominated categories.

While she has charting hits like “Best Friend” and “My Type” that have helped earn her a few RIAA certifications, the rapper has found her performances the topic of discussion. People have attacked her from all angles when it comes to dance moves of breath control, but regardless of the chatter, she’s enjoying some fun in the sun.

Saweetie recently said she would be taking some vacation time for the holidays, opting to go somewhere warm and sunny, and she’s showing off her lavish life over on Instagram. The rapper flexed her bikini figure while laying on the shore of a tropical beach and also twerked, once again, while on the balcony to her luxury pad.

Unsurprisingly, the response to this vacation photo and video dump has been positive as people storm her comments with compliments. Check it out below.