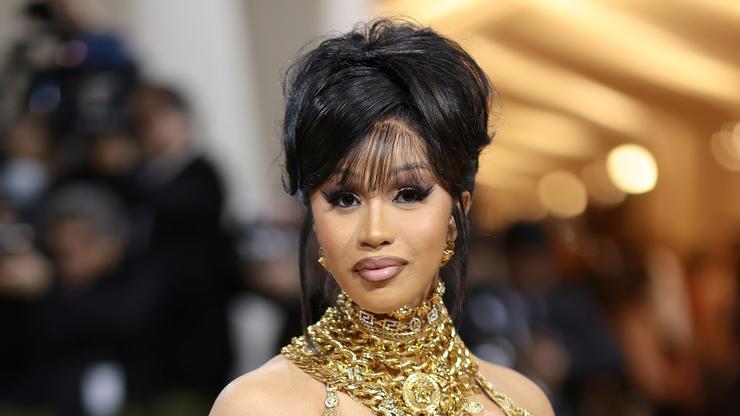 Photo by Dimitrios Kambouris/Getty Images for The Met Museum/Vogue

The “I Like It” rapper shared a rare throwback from her days as a Bronx teen.

Cardi B has come a long way since her days as a high schooler in the Bronx.

The mom of two recently dug in the crates of photos from her teenage days, and stumbled across pics of herself rocking lip piercings and smoking a cigarette. Cardi shared the flashback photos for her 23.6 million Twitter followers, tweeting, “Ghetto teenager……fun fact -The emo kids in school were actually really cool and will give me free cigarettes.”

After one follower responded to one of Cardi’s photos, “last pic got me screaming. Emo Cardi was deep in that sh**,” the “I Like It” rapper replied, “I wasn’t EMO. I was pierced cause Piercings was a big thing in the Bronx specially since this was the side lip piercing era.” The Grammy Award winning rapper went on to share that although she wasn’t “emo” herself, she has nothing against the kids who were. “[There] were a lot of emo kids in my school. I will have history convos wit them while they give me free cigarettes [cry laughing emoji].”

This isn’t the first time a Cardi B high school moment made its rounds online. A video of the chart-topping star performing Lady Gaga’s “Bad Romance” during a school talent show went viral a few years ago. Gaga responded to the heartwarming clip, “I LIVE.”  What are your thoughts on Cardi B’s pierced throwback look?