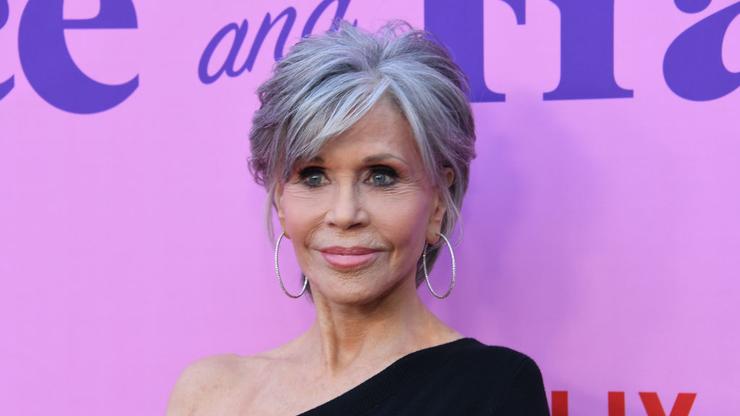 The 84-year old star revealed her non-Hodgkin’s lymphoma diagnosis in an open letter to her fans.

Jane Fonda is known for her talent on screen and activism off screen. The 84-year actress, who has always stood with and for the underdog, is now calling on folks to stand with her. On Friday, Fonda revealed that she has been diagnosed with non-Hodgkin’s lymphoma, adding that she has already begun the chemotherapy process.

The Grace and Frankie star shared in an Instagram post, “So, my dear friends, I have something personal I want to share. I’ve been diagnosed with non-Hodgkin’s lymphoma and have started chemo treatments.” Fortunately for the beloved star, her diagnosis is said to be treatable. She added, “This is a very treatable cancer. 80% of people survive, so I feel very lucky.”

In the lengthy open letter, Jane reflected on her privilege as an American with healthcare during the trying time, sharing, “I’m also lucky because I have health insurance and access to the best doctors and treatments. I realize, and it’s painful, that I am privileged in this. Almost every family in America has had to deal with cancer at one time or another and far too many don’t have access to the quality health care I am receiving and this is not right.”

The actress’ peers flooded Instagram with messages of support and well wishes. “Sending you all my strength! Love you Jane,” Reese Witherspoon wrote. “GRACEFUL QUEEN. @janefonda thank you, even at this difficult time you are sharing. It’s so important to have a positive mindset!! And you do, GOD BLESS!! My thoughts and prayers are with you,” Naomi Campbell commented. Jane ended the heartfelt post reminding fans that elections are looming, and to “count on me to be right there together with you as we grow our army of climate champions.”