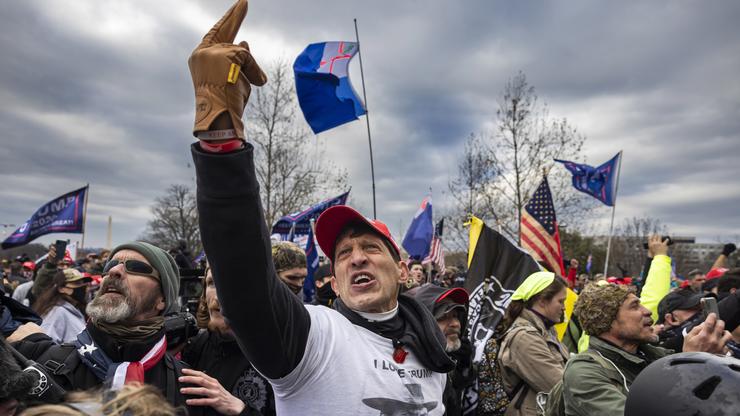 Lt. Michael Byrd spoke out for the first time and says that his decision “saved countless lives.”

Federal authorities are still rounding up as many of the January 6 domestic terrorists that they can identify from photos and stills of the chaotic event at the U.S. Capitol. Thousands of people stormed the building that housed politicians and public representatives, and in the fray, Lt. Michael Byrd, a Capitol officer, attempted to hold back the stampede to protect those inside.

Byrd, along with a handful of his fellow officers, found random pieces of furniture in the building and barricaded it against the doors. Byrd explained to NBC News that the decision caused them to be “trapped” and if the rioters made their way inside that entry, “they’re into the House chamber and upon members of Congress.”

His police radio connected him with officers on the outside and what came through were shouts of panic. One officer reportedly had his fingers shot off by a rioter. Others were falling victim to “chemical agents” being dosed and sprayed at them. Byrd was confronted with a mob and the only thing separating them was a glass door that had furniture stacked in front of it.

Byrd told the outlet that he screamed incessantly for the rioters to fall back as they took weapons and attempted to break the glass. In a video, Bryd can be seen with his firearm raised and poised to shoot on the other side, but that didn’t stop the attackers. Then, the glass broke and 35-year-old Ashli Babbitt, a self-described patriot, attempted to climb through. Byrd let off a single shot and struck Babbitt in the shoulder. She died from her injuries.

For the far-right, Babbitt is a martyr, and while Byrd would have preferred to have not killed anyone that day, he stands by his actions. “I know that day I saved countless lives,” Byrd said. “I know members of Congress, as well as my fellow officers and staff, were in jeopardy and in serious danger. And that’s my job.”

“I tried to wait as long as I could,” he added. “I hoped and prayed no one tried to enter through those doors. But their failure to comply required me to take the appropriate action to save the lives of members of Congress and myself and my fellow officers.”

Byrd was previously cleared of any wrongdoing. Watch a clip from his interview below.