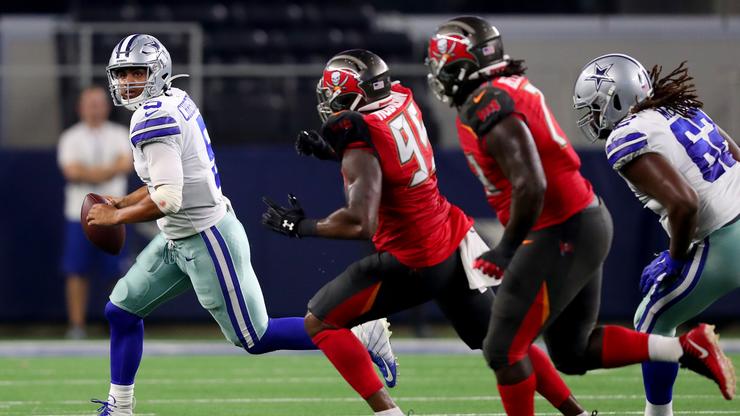 After a long offseason, football is finally back.

If you’re a massive sports fan, then you know just how cruel the NFL offseason can be. Going months upon months without football can be a tiresome experience, but September always comes through for us as the season begins with a Thursday night matchup. Typically, this game contains the defending Super Bowl champs, and 2021 is no different as the Tampa Bay Buccaneers are set to take on the Dallas Cowboys.

The Cowboys had a disappointing campaign in 2020 as quarterback Dak Prescott went down with a pretty brutal ankle injury. Now, however, Prescott is back and he is ready to prove himself as one of the best QBs in the entire league. As for the Buccaneers, they boast the talents of Tom Brady, who is always a threat to come out win the Super Bowl.

Tonight, the Buccaneers and Cowboys will kick the season off in Tampa Bay, which just so happens to be the sight of February’s Super Bowl. The game is set to kick off at 8:20 PM EST and it will be played on NBC. If you don’t have regular cable, you can go out and get the feed through streaming platforms like Fubo.TV and Sling.

This is going to be a special season of NFL football as the league will be playing 17 games for the first time in its history. This also means the season will go deeper into February, which is certainly an adjustment for all of the fans and the players.

Let us know who you think is taking this game, in the comments below.