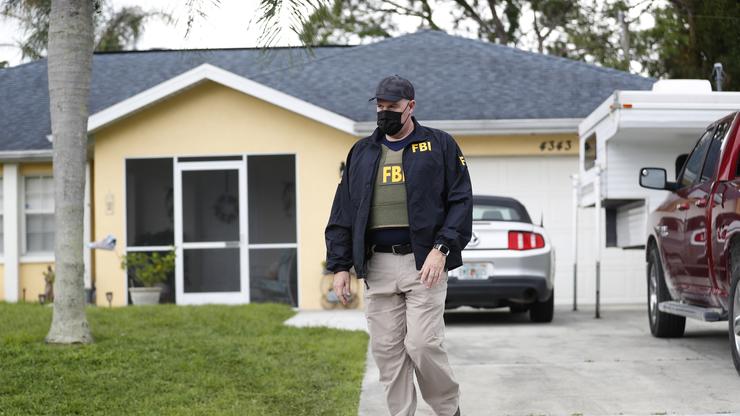 The man says he saw Laundrie biking on the outskirts of his property earlier this month.

As the hunt for Brian Laundrie continues, new footage of what may be the wanted man has been obtained by TMZ. The clip came from a Dunnellon, Florida resident who told the gossip site that the clip was filmed on one of the surveillance cameras on the outskirts of his property earlier this month.

The witness also said that he has several acres of rural land behind his home that lays along a sugar sand path that seldom receives visitors travelling by foot, or vehicle. The video obtained by TMZ shows a man, who does look like Laundrie, from what we can see, anyway, riding a bike down the trail.

The owner of the footage reportedly passed it along to the FBI for review, after catching the man on camera on October 9th, although Laundrie still currently remains at large over a week later.

Others have recently claimed to have spotted the Florida native, who is the main person of interest in the death of his fiancée, Gabby Petito, hiking on the Appalachian trail, but it’s truly hard to say where he could be as of right now.

Last week, we reported that Petito’s father, Joseph shared a sweet tribute to his daughter on Twitter while on a trip to Wyoming to collect her ashes.

“I know why you came here now,” he wrote alongside a photo of the lake near where the 22-year-old was found. “#gabbypetito has a beautiful view from now on. Love you, and miss you.”

For more information on Brian Laundrie, read our earlier story about the initial warrant issued for his arrest.