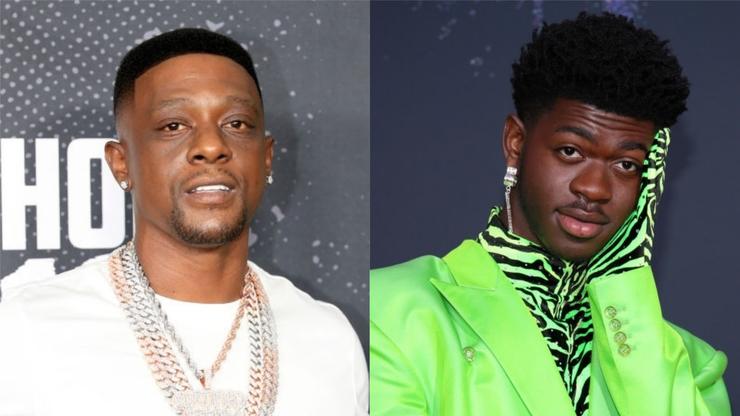 Boosie Badazz woke up with Lil Nas X on his mind.

Boosie’s latest remarks about Lil Nas come following the “INDUSTRY BABY” artist’s unexpected announcement this week that he’s “pregnant” with his debut album. LNX posted photos on social media with a prosthetic baby bump, staging an entire photoshoot and, apparently, pissing off Boosie Badazz and a number of other openly homophobic people on the internet.

“NAS X WTF U JUST DONT STOP,” tweeted Boosie this morning right when he woke up. Clearly, he had Lil Nas on the mind because, apparently, a few funny “pregnancy” photos got him tweeting in all-caps. “I THINK HES GOING TO TURN AROUND N SUCK ONE OF HIS BACK GROUND DANCERS DICK ON NATIONAL TV #protectyours #godturninoverinhisgrave.”

Meanwhile, Lil Nas has been laughing about all of the angry people in his mentions, joking that he’s heading offline because “all of this negative energy is not good for the baby.” He also said, “one day y’all will learn i am not a representation of anyone but lil nas x.”

Take a look at Boosie’s comments below, as well as all of the reactions to it underneath.