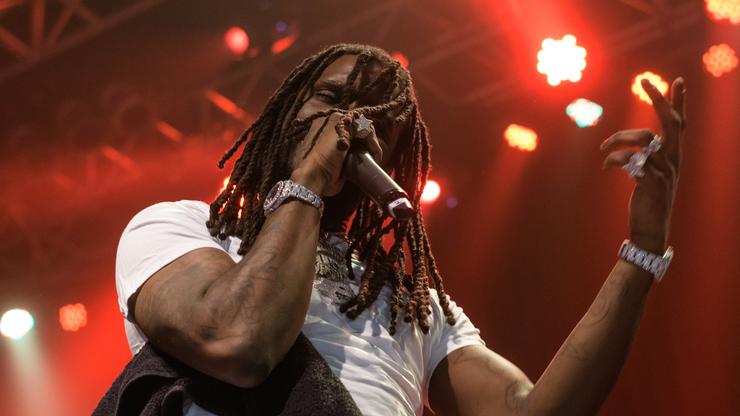 Chief Keef wants Jay-Z to drop an album and add him as a feature.

While everyone was patiently awaiting the release of Drake’s Certified Lover Boy, Chief Keef had his mind on a far more elusive record than Drizzy’s sixth studio album: Jay-Z’s long-awaited follow-up to 2017’s 4:44. In a recent tweet, the legendary Chicago artist made it clear that he’s both a fan of Hov and looking forward to his next solo album. However, Keef took his tweet a step forward and expressed his desire to work with the CLB-featured artist.

In response to Chief Keef‘s tweet, Lil Durk confirmed that he would take up that task, telling his hometown collaborator, “I am.

And while some fans may think that the Chicago artist doesn’t stand a chance to secure a collaboration with Jay-Z, think again. As Genius pointed out in their reply to Chief Keef’s tweet, Jay-Z did previously shout Keef on “APESHIT,” one of the highlights from Jay-Z and Beyoncé’s collab album EVERYTHING IS LOVE.

“I’m a gorilla in the fuckin’ coupe/Finna pull up in the zoo/I’m like Chief Keef meet Rafiki—who been lyin’ “King” to you? (Woo),” Hov rapped on the 2018 track, directly paying homage to Chief Keef’s fan-favorite track “Faneto.”

Given the possibility of a Chief Keef and Jay-Z collaboration, is that something that you would like to hear on Hov’s next album? And as long as the Hip-Hop community gets another full-length project from Jay-Z, would you even care?