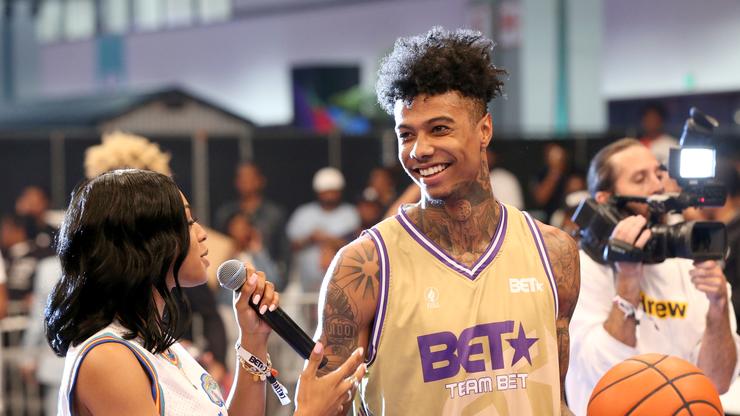 Blueface’s ex Jaidyn Alexis announced she had a baby girl on Friday.

Blueface has needed a break from all the bad news. A few days ago, he and Chrisean Rock got into a huge physical altercation, and Blueface accused her of cheating. Since then, the police have gotten involved, reportedly investigating the incident. To make matters worse, Blueface got slammed with a lawsuit from an individual he allegedly assaulted at a hookah lounge back in 2019.

The “Thotiana” rapper’s much needed respite from bad news came in the form of a new child. Blueface welcomed a baby girl into the world with his ex-girlfriend Jaidyn Alexis. Alexis posted a picture of their newborn daughter’s foot on Instagram on Friday, August 5.

Journey Alexis Porter is Blueface and Jaidyn’s second child together. Alexis announced the pregnancy back in December of last year in a video with Blueface which she captioned, “I guess Christmas came a little early this year.” A couple weeks ago, the couple had to deny that the baby was born after Blueface’s mom posted a picture on Instagram with a caption reading “My princess is here #Leo gang.” Jaidyn responded on social media, saying, “My baby has NOT been born yet,” and Blueface confirmed it was a miscommunication, adding, “The baby still in her belly idk who day baby is y’all posting.”

The couple ended things in 2020, and Alexis got attention online for destroying Blueface’s car after she allegedly caught him cheating. They haven’t been too kind to each other since. In May, Alexis called Blueface a “thotrocket360,” and Blueface responded on Twitter, writing, “Pay her ungrateful ass 7k a month ima do what I want she lucky to be my Bm.” It seems like things have thawed ever so slightly since.