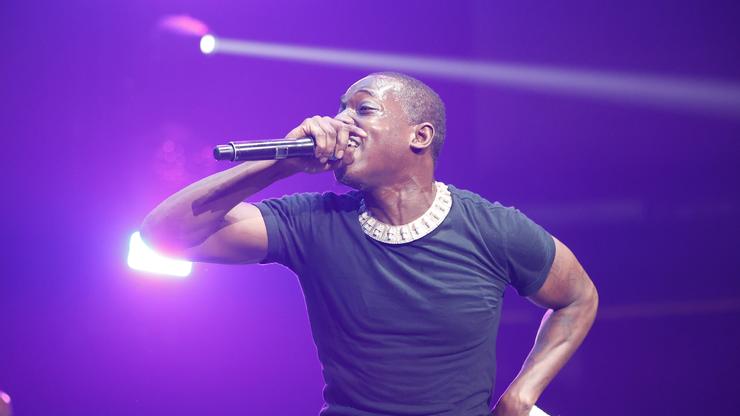 Bobby Shmurda hopped on IG to set some things straight.

Bobby Shmurda has finally released new music after his long incarceration. Now, however, Shmurda feels the need to explain how to interpret his music. In a recent post to Instagram, Shmurda responded to YouTube personality BashWorld reacting to his new music video for his single “Hoochie Daddy.”

In his video, BashWorld was positive about the Shmurda’s visuals, calling them “a vibe.” But the YouTuber wasn’t sure how to categorize the song itself. It seems the idea of categorization is what set Bobby off. In his caption, the New York rapper wrote, “Don’t ever try to put me in a category or in a box you gonna hurt your head… I do what Yall haters cant #Nahimsaying.”

He then went on to bash the Drill scene, which has proven to be very popular in the industry right now. “I don’t do drill, I won’t ever be A minion Rrrrr,” wrote the “Hot N***a” rapper. “And they can’t clone me really one of a kind.” He proceeded to include a large assortment of emojis, including prayer hands, a dancing man, a gorilla, a heart of fire, a lion, and fire emoji. The assortment has yet to be deciphered.

Bobby Shmurda, for one, is very hyped on his new EP, Bodboy, which came out on August 5. He claims that it has him being compared to all of the greats, including Jay-Z, DMZ, 50 Cent, and Diddy. The project includes some big names itself, including Fat Tony and Shmurda’s frequent collaborator Rowdy Rebel.