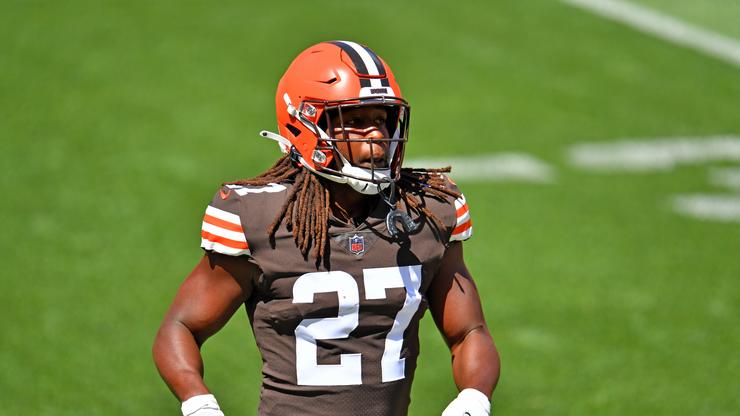 Kareem Hunt has reportedly asked to be traded from the Cleveland Browns, but the team has denied his request.

Star running back Kareem Hunt has requested a trade from the Cleveland Browns, but the organization has declined his request, according to a new report from ESPN. Hunt, who is in the final year of a two-year, $12 million deal, has proven himself as one of the most talented backs in the league over recent years but plays in a loaded backfield that features Nick Chubb and D’Ernest Johnson.

Hunt also skipped out on team drills the past two practices but returned to them on Sunday.

Browns coach Kevin Stefanski refused to discuss the missed drills or the trade request when asked about it on Sunday.

“I would tell you respectfully, we really do focus on what we can control,” Stefanski said. “I understand that there’s things that happen that certainly get attention, and that’s okay. This is a great game,” Stefanski said, via Cleveland.com. “I know our fans love this game and follow every step along the way but for us, we really are focused on trying to get better. We’re not where we need to be and we got a lot of work to do so that’s what we’re focusing on.”

Hunt was drafted by the Kansas City Chiefs in 2017 and led the NFL in rushing as a rookie. He was dropped the team the next season in response to a video of him shoving and kicking a woman. He signed with the Browns in 2019.