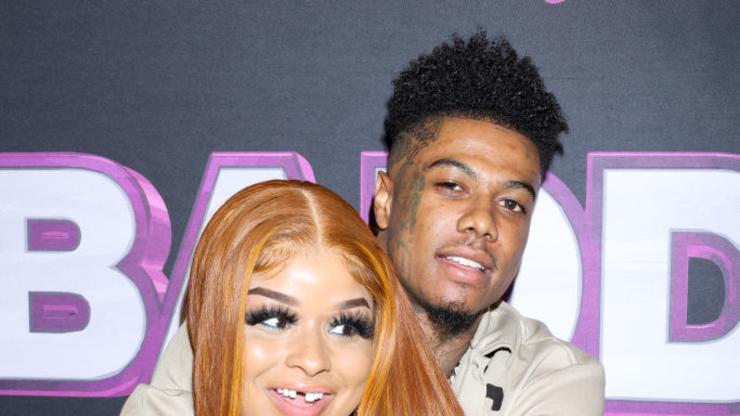 Photo by Arnold Turner/Getty Images for The ZEUS Network

Blueface and Chrisean Rock’s tumultuous relationship has played out heavily in front of the media. Last month, Rock was arrested after getting in a fight with the “Thotiana” rapper at a lounge in Arizona. Day after Chrisean was released, Blueface posted a video of the aspiring young artist rubbing his feet on a private jet. They both vowed not get into any trouble following the 22-year old’s recent arrest, however, things took a turn on Friday (September 16) when Blueface met up with Chrisean’s family.

Video footage shows the L.A. rapper getting into a heated altercation with several of her relatives. But it wasn’t clear who Blueface’s beef was with, until Chrisean took to social media to share details of the incident. “So my boyfriend knocked my dad out,” she wrote. “Da family stuff didn’t go well. INO even know whats going on [heartbroken emoji].” Shortly after the quarrel, one of Chrisean’s family members called her out on social media, and invited her to come fight. “Chrisean you really green asf yall on some weird a*** s***,” the family member wrote.

The unidentified relative continued, “COME FIGHT ME!! and f***all y’all no need for names y’all know exactly who tf y’all are!” Blueface has yet to address the incident, however, fans noticed that television cameras were rolling throughout the dispute. Rapper BRS Kash commented, “I wonder what episode this finna be on, I wanna see this.”

The family battle comes just weeks after stars like GloRilla and DaniLeigh offered some words of wisdom for the volatile couple. “There’s people worse than them. Just leave them folks alone,” the “F.N.F.” rapper shared. DaniLeigh, whose had her own public domestic experience, shared “I just hope they stay safe and loved, and happy.”