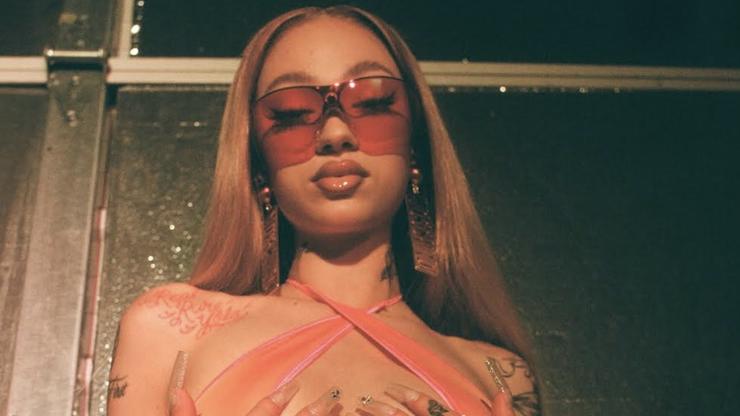 Image provided to HNHH by Artist

Bhad Bhabie’s moves are impressive both on and off the pole.

If there’s one thing that 19-year-old Bhad Bhabie – born Danielle Bregoli – is a pro at, it’s getting the word’s attention with ease. During the earlier years of her life, the Florida native rose to fame after a controversial stint on Dr. Phil, and since then, she’s only gotten more mature (and wealthy).

Back in April, the “Gucci Flip Flops” hitmaker claimed that she had earned $50 million thanks to her endeavours on OnlyFans, and when haters began to doubt her, she didn’t hesitate to pull out the receipts. “Go cry about it bitch,” she wrote in the caption of the alleged screenshot from her profile, flexing a fat payday.

If you’re not quite ready to subscribe to the recording artist’s OF account, you should consider checking out her Instagram, where she’s been teasing some mildly spicy content – including one photo/video dump from earlier this week that finds her showing off her pole dancing skills.

The young starlet wore a pale blue romper for her workout on the pole, which includes several racy cutouts in the front and smaller ones placed on her hips. She paired the look with some sky-high silver stripper heels, which only add inches to her already long legs as she spins around in what looks like her apartment.

In the final shot, we see Bhabie squatted over, looking away from the mirror while angling her camera to snap the perfect booty picture beside her Hello Kitty carpet.

What are your thoughts on Bhad Bhabie’s pole dancing skills? Sound off in the comment section below, and tap back in with HNHH later for more pop culture news updates.