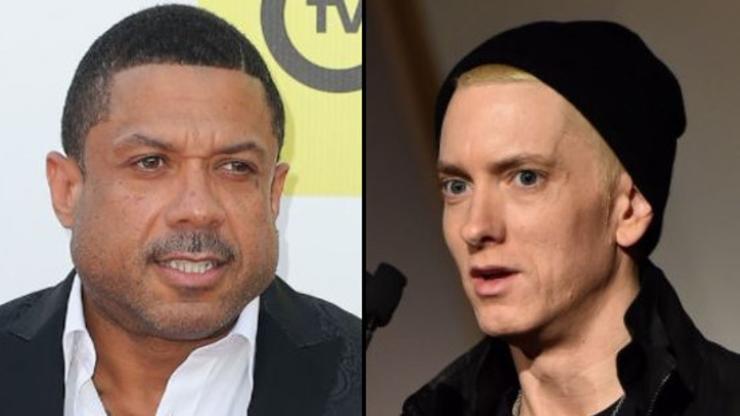 The beef between Benzino and Eminem has been well-documented and is one of the longest-running bouts of animosity in Hip Hop. To heighten its intensity, in the early 2000s Benzino and The Source released information about the tapes that included a song where Eminem referred to Black women as “dumb.” He also reportedly called them “gold diggers” and in another tape, he was said to have used the n-word.

In a recent interview with VladTV, Benzino revealed how he came to acquire those infamous tapes. “I’m in Puerto Rico while the whole beef’s goin’ on, whatever. We actually went and did our homework on Em. We was like, 20/20 investigations and sh*t,” said Benzino.

“We really kinda wanted to see where he was from originally and really do his homework on who MArshall Mathers really is. So, we found out where he lived, where he grew up.”

Benzino went on to say that he was in Puerto Rico on business when he received a call that “three white kids” were at The Source‘s office with tapes of Eminem using racist language. “They call it the ‘racist Rap hour tapes’,” he said. “I jumped on the next thing smokin’, met with the guys… I was like, ‘Man, where’s the tapes at? How much y’all want for it?'” The kids wanted to hang out with Benzino and his team, but they were all about business.

According to Benzino, the kids had already approached Irv Gotti with the tapes and asked for $50K. “They were trying to sell the tapes for over a year,” said Benzino. In the end, he only paid them $15K and claimed that even if he wasn’t beefing with Em, The Source would have still paid for and released the controversial tapes.

“One of the guys killed himself,” said Benzino before reiterating that “regardless” of his beef with Em, he would have made sure the tapes saw the light of day.

Following the scandal, Eminem issued an apology and said the song was “something I made out of anger, stupidity and frustration when I was a teenager. I’d just broken up with my girlfriend, who was African-American, and I reacted like the angry, stupid kid I was. I hope people will take it for the foolishness that it was, not for what somebody is trying to make it into today.”