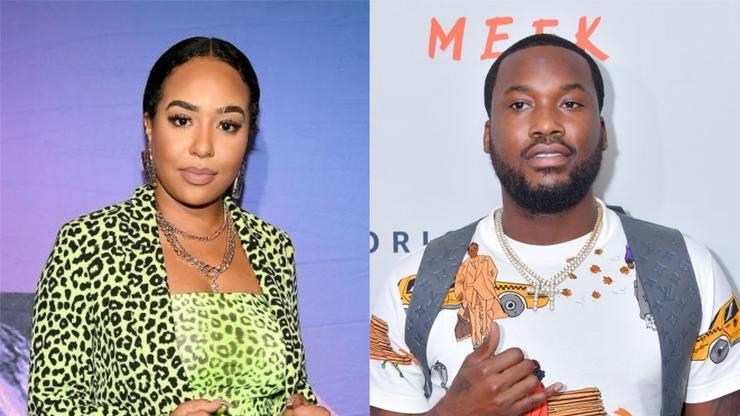 B. Simone shoots her shot at Meek Mill, asking to become his third baby mama.

At this point, B. Simone is done courting DaBaby. She’s given that a chance and, despite showing some interest on Wild N’ Out, she realizes that the rapper will keep going back to his baby mama. With her reluctantly agreeing to move on, it looks like the comedian has found her next target, officially shooting her shot at another rapper.

Meek Mill left a comment on a post about women still getting with a man despite him already having two baby mamas. The post suggests that those guys will never change and that, since they’ve been in two prior failed relationships, the third time will not be the charm. Meek argued otherwise, but that’s probably just because he’s got two baby mamas.

“They say the third bm’s be the one lol,” half-joked the Philadelphia rapper.

The comment was reposted by The Shade Room, where many of the commenters critiqued him. One comment stood out though, and it was from B. Simone.

“I’ll be the 3rd BM if i can be the 1st wife,” wrote Simone. Forgive me if I’m wrong but this sounds remarkably like a woman shooting her shot. Could we be seeing them debut their love in a few weeks?

Do you think B. Simone and Meek Mill would make a nice couple?