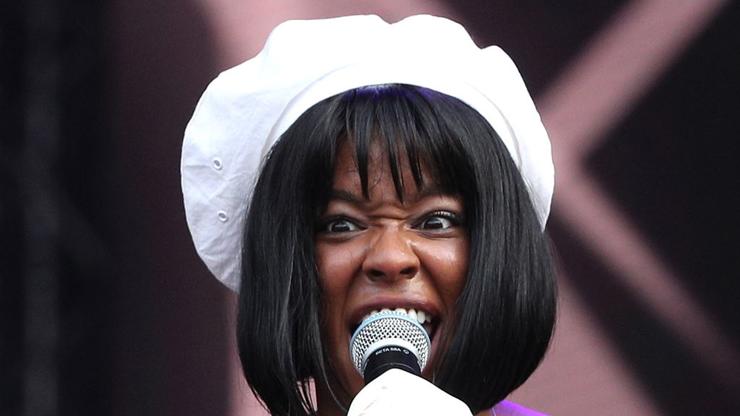 So much for the love affair… After revealing that her new song “Fuck Him All Night” is about Kanye West, Azealia Banks has done a complete 180-turn on the music legend, trashing his new album DONDA on Instagram Stories on Monday afternoon.

Azealia Banks has had high and low opinions of Kanye West over the years but, most recently, she seemingly let her negativity fade, joking that she wants to have Kanye’s babies. She also dedicated her new song “Fuck Him All Night” to the billionaire recording artist. Unfortunately, after the release of Ye’s new album DONDA, Azealia is back on her bully, insulting the rapper and his music.

She continued in a later post, saying, “If you have ever smelled kanye up close or tried having a conversation with him you’d know that FHAN is a conceptual art piece. I’m clearly making fun of him. I said it because that gospel cockfest was legit depressing garbage.”

Aside from Azealia Banks, Charlamagne Tha God, Soulja Boy, DJ Envy, and a few others, people seem to really be enjoying Kanye’s new album. Many are hailing it as his best body of work since Yeezus, and while it’s not right to call any album a classic mere days after it dropped, some fans are already referring to DONDA as a masterpiece.

What do you think? Is Kanye West a genius for making DONDA, or is it garbage like Azealia Banks says?