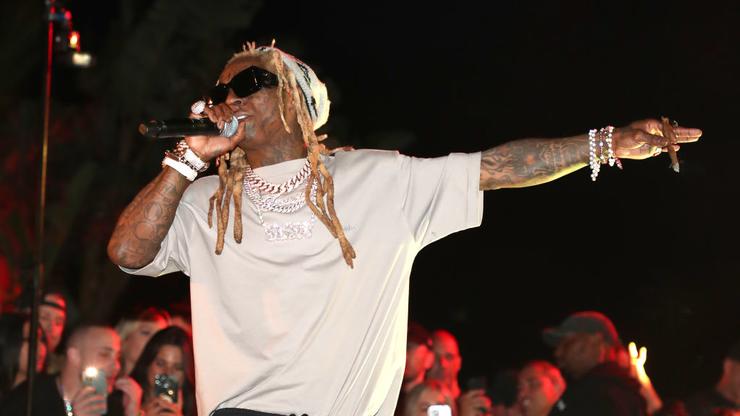 Lil Wayne is celebrating the ten-year anniversary of his album Tha Carter IV, performing at a sold-out show over the weekend and reminiscing on the creation of the project by sharing exclusive material on social media. As part of a collaboration with Topps, Tunechi told his fans that he’s offering a limited-edition trading card pack for Tha Carter IV, and he’s claiming that he’s the first rapper to ever do something of the sort.

“The first rapper with a trading card pack,” boasted Lil Wayne on Instagram. “Special delivery to my Topp Spotify fans.”

While this may be the first official team-up between a rapper and a trading card company, other artists, including JAY-Z, have had trading cards made of them in the past. This year, a rare trading card for JAY-Z sold for over $105,000.

A much better deal, Lil Wayne‘s cards are only on sale for $19.99. There are twenty cards in total, and each box comes with eight of them. Cards were made for the songs on C4, including “6 Foot 7 Foot,” “Novacane,” “John,” and others.

If you’re looking to get your hands on some of these, you’ll want to be quick. The sale ends in twenty-nine days.

Take a look at Lil Wayne’s trading cards and buy them here.

Read our new article: “Lil Wayne’s ‘Tha Carter IV’ Is Low-Key One Of His Best Albums.”