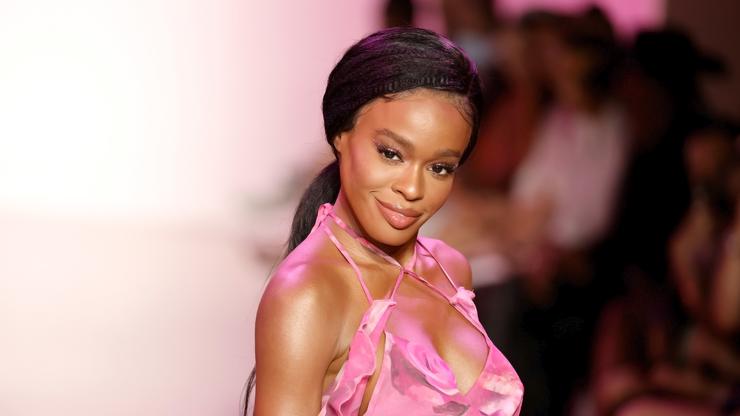 Azealia Banks had some scathing remarks for Jay-Z and Megan Thee Stallion after the Internet came for Cara Delevingne’s neck. The model was dragged following her recent interaction with Megan Thee Stallion on the BBMA’s red carpet. Then, Meg cropped her out of a photo alongside Doja Cat during the award ceremony, leading to even more speculation that the “Body” rapper doesn’t rock with Delevingne.

The Internet resurfaced old footage of Delevingne licking Azealia Banks’ leg during a performance. However, Azealia Banks leaped to Delevigne’s defense after a fan asked her about “Cara’s obsession with Black women.”

“Cara doesn’t have an obsession with black women. It’s that upper crust English society full of fake white and jealous white hoes who were never as charismatic as she is that made fake friendships, tried sabotaging her every which way she moved and the intense jealousy… Of her older and extremely plain looking sister poppy that always made Cara feel sad and lonely,” Azealia wrote. She claimed Cara’s sister was sabotaging her within the industry, making “mad back handed slick shit” and airing our her sister’s business.

Azealia added that Cara’s struggles in the industry were similar to hers, so she always held her down. “Lots of English society/media took advantage of that and there were plenty of times I would just hide Cara in my apartment for days at a time to make sure she got some deep sleep and some actual food and wasn’t just thrown out amongst the wolves like that,” she added. “Everyone always wanted to use Cara for what they could get from her, and luckily for her – none of them got anything substantial. deep down I could tell she was (like me) so used to being told ur a bad person that she began to believe those things about her self and go out of her.”

This led to a tirade against Megan Thee Stallion, Jay-Z, and Roc Nation as a whole. Azealia Banks slammed Megan for trying to shade Cara with the IG crop. “Just because you are big and fucking doofy doesnt mean anyone is SCARED of you. Roc Nation is ALWAYS trying to use Cara as a way to push their artists into the fashion world and I cannot WAIT until Jay gets over Meg like he did Rita,” she continued. “hat an angry, violent, aggressive and messy lesbian drunk. Fucking yuuuuuuuuckkkkkkkkkkkk. Cara is not your fashion bitch sis…. You screamed protect black women then helped Popeyes sell surplus sweet heat sauce and fried chicken sandwiches. Jay-Z literally took one look at ur dumbass and switched out the Hennessy for his own brand of d’usee while u grieved the loss of your mom…… even he knows that is all you are worth.”

Check out Azealia Banks’ tweets below.