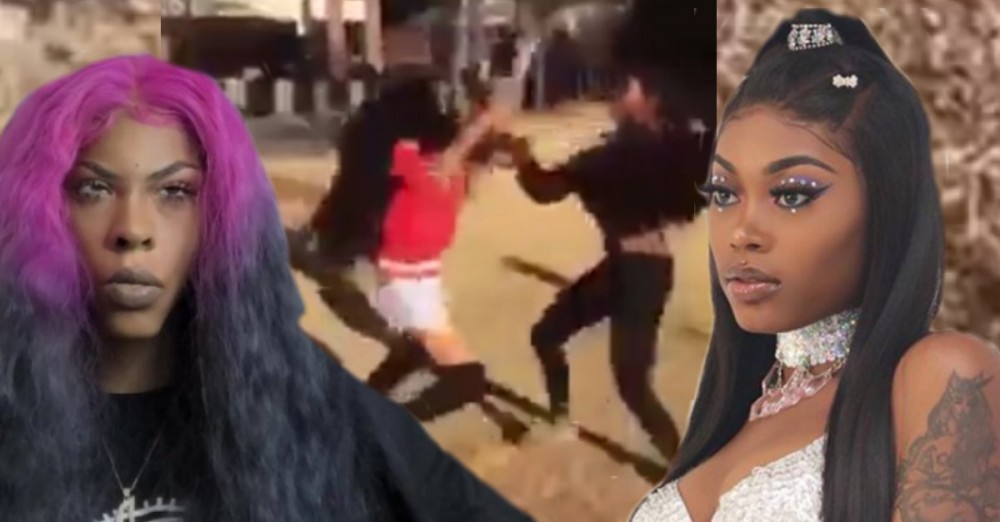 Asian Doll and Rico Nasty’s long-standing Twitter beef finally bubbled over into the physical world recently. There’s a brief embarrassing clip the two women fighting making the rounds, and no one can decide who won the scuffle.

While the video shows Rico eating dirt before the clip cuts away, she claimed victory across various social media platforms and said that she ruined Asian Doll’s hair.

“I wanna see the rest that video, ’cause I was smacking the sh*t out her a**,” she said.

The clear victor from the short clip just leans on the video evidence and told her that she was too busy eating grass .

“You hit the floor in 6secs within the fight your n**ga jumped in & got rocked,” she said in a deleted tweet.
She also pointed out that her hair was still straight while Rico’s was a mess in the video where she claims to have won the fight.

The feud apparently stems from a bit alleged swagger-jacking. The rapper’s think their styles are too close for comfort, and it led to them getting all up in each other’s faces.