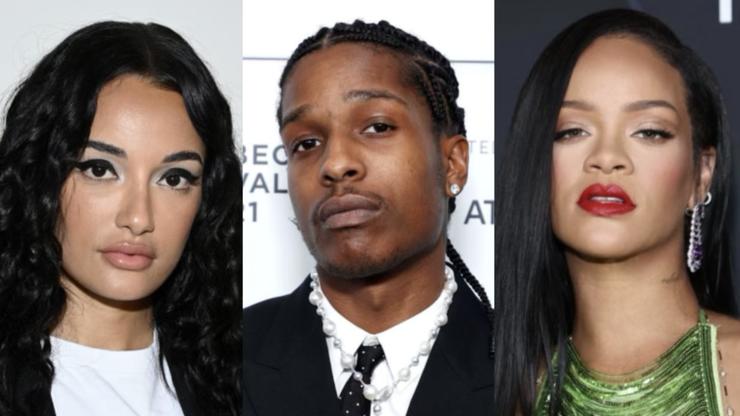 Amina shut down the gossip, saying she has a “great amount of respect and affection for” Rih and A$AP.

Amina Muaddi has entered the chat. If you’re not familiar with the name, the Jordanian-Romanian designer and shoemaker is the woman who was accused of hooking up with A$AP Rocky earlier this week, although a source close to the couple, as well as Muaddi herself, have since denied the gossip.

On Friday afternoon, she took to her Instagram Story to explain her delay in responding to the rumours, clarifying that she didn’t think they would be taken seriously whatsoever. “I’ve always believed that an unfounded lie spread on social media doesn’t deserve any response or clarification, especially one that is so vile,” she began.

“I initially assumed that this fake gossip – fabricated with such malicious intent – would not be taken seriously. However, in the last 24 [hours] I’ve been reminded that we live in a society that is so quick to speak on topics regardless of factual basis and that nothing is off-limits. Not even during what should be one of the most beautiful and celebrated times in one’s life,” she continued, seemingly speaking on Rih’s pregnancy.

Muaddi went on to say that she felt the need to speak up because, not only is the rumour directed towards her, but also “people [she has] a great amount of respect and affection for.”

“While Rih is continuing to live her serene, best-dressed pregnancy life and I go back to my business – I wish everyone a beautiful Easter weekend!” the creative concluded her statement.

Earlier today we shared a report from sources close to the couple, who said that the allegations floating around online are “one million percent not true,” adding that the pair is “fine” ahead of the arrival of their first child together – read more about that here, and tap back in with HNHH later for more celebrity updates.