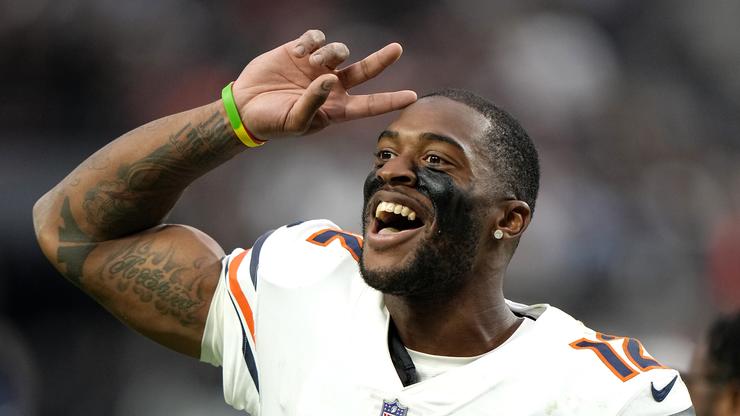 Allen Robinson has lost 10 pounds over the past couple of weeks.

Allen Robinson has been a superstar on the Chicago Bears over the past few seasons, and there is no denying that he is instrumental to their success. Unfortunately, Robinson has not been able to participate in the last couple of games as he has been suffering through a bad bout of COVID-19. Most players have been able to move on from the virus without symptoms, however, Robinson has been hit so bad that he is still feeling like he got hit by a truck.

On Tuesday, Robinson returned to Bears practice where he is preparing for the team’s upcoming game this weekend. There is no guarantee as to whether or not he will get to play, however, he did get to talk to reporters about some of his symptoms.

According to TMZ Sports, Robinson referred to the Coronavirus as a “beast” that is still effecting him. In fact, the wide receiver lost 10 pounds over the last couple of weeks, which just goes to show how powerful this virus can be on some people. Luckily, he is feeling better, and the fact that he was around his teammates today is a good sign of things to come.

Stay tuned to HNHH as we will be sure to bring you more updates from the NFL world.