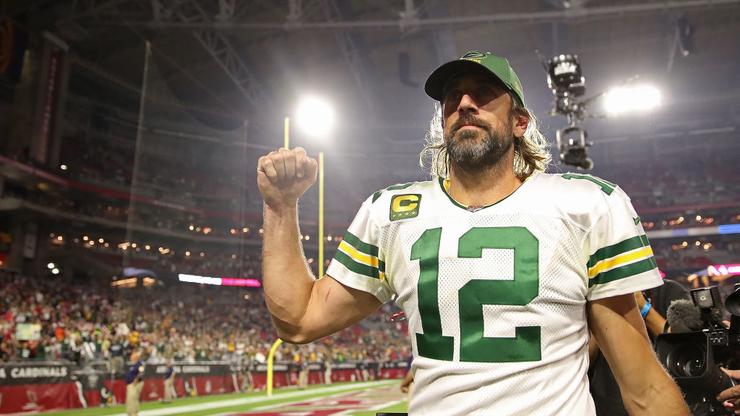 Rodgers wasn’t surprised by the internet, seeing his own meme after win versus Cardinals.

The Green Bay Packers and quarterback Aaron Rodgers made a statement in their prime-time win over the Arizona Cardinals last night, on the field and off of it. The latter, because of a viral meme showing a panicked-looking facial expression from Rodgers, that’s since circulated quickly over the internet, to the point where the star quarterback had already seen and reacted to it by the time he got to his postgame interview.

After the game, when asked if he’d seen the viral photo circling the internet, the Packers quarterback responded, “I saw it,” with a grin. Adding, “Man, the internet is undefeated.”

Rodgers is right; the internet is undefeated. Unlike the Cardinals, who saw the 37-year old QB and ‘The Pack’ fly into Arizona and beat them and their previously 7-0 undefeated record.

The meme came about after Rodgers threw a two-yard touchdown to receiver Randall Cobb early in the third quarter, when after the throw, the QB was hit late and the defense was flagged for roughing the passer. It was the first of Rodgers’ two passing touchdowns on the night, as the ground game accounted for 151 total yards and a touchdown, playing a key role in the 24-21 win on Thursday Night Football.

Rodgers and the Packers now have ten days to rest and prepare for their afternoon showdown next Sunday, when they take on the Kansas City Chiefs, at Arrowhead.