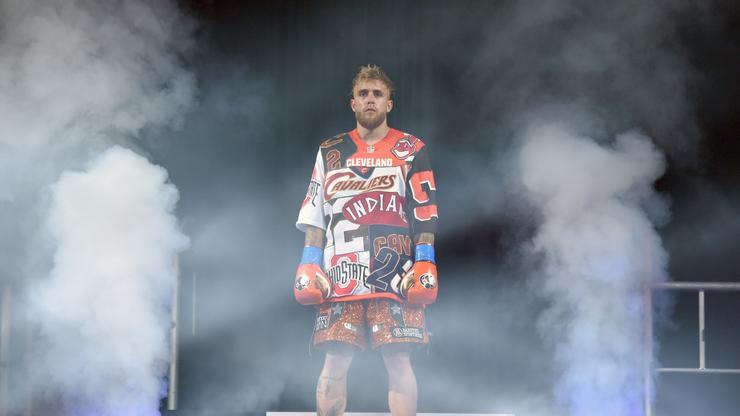 Jake Paul couldn’t help but insert himself into the situation.

This past week, it was revealed that Zayn Malik plead no contest in relation to allegedly assaulting Yolanda Hadid who is the mother of his now-estranged partner, Gigi Hadid. Malik reportedly shoved Yolanda, as well as a security guard, and now, he must take anger management classes as well as some domestic violence courses.

The entire situation has been quite upsetting for fans of the couple, however, there are some people looking to make light of the situation. One of those people just so happens to be Jake Paul, who had a run-in with Malik last year during the second Deontay Wilder and Tyson Fury fight. According to Paul, Malik was rude to Jake which led to some mean comments on Twitter. At the time, Gigi replied to Paul saying “Lol cause he doesn’t care to hang w you and your embarrassing crew of YouTube groupies ..? Home alone with his best friends like a respectful king cause he has me, sweetie. Unbothered by your irrelevant ugly ass. Go to bed.”

In light of the recent news surrounding Malik, Jake was feeling quite petty. As a result, he dug up Gigi’s old tweet and quoted her, saying “Your ‘rEsPeCtFuL KiNg’ punched your mom in the face.” Needless to say, Paul was ready and excited to come out victorious in the situation.

At this point, the Paul and Hadid feud is pretty well over, although the circumstances are certainly unfortunate. Many fans didn’t like what Paul had to say, and the Zayn Malik stan army is already engaging in an act of war in the QTs. Needless to say, if you’re popular, people are going to ride for you, regardless.