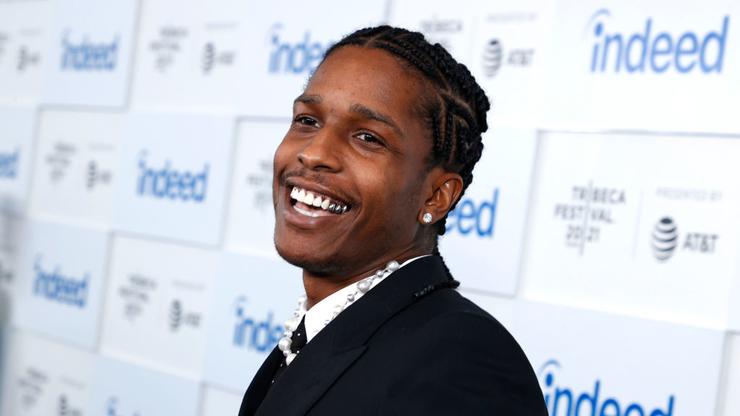 The father of one designed the piece himself and had celebrity jeweller Alex Moss bring his vision to life.

A$AP Rocky has a lot on his plate right now, from raising his first son with girlfriend Rihanna to dealing with the aftermath of his feud with A$AP Relli that led to him being hit with criminal charges recently. While all of that can certainly take a toll on a man, the New York-born recording artist isn’t letting the drama get him down – or keep him from treating himself to some seriously crazy custom jewelry from celebrity specialist Alex Moss.

As TMZ reports, the “Distorted Records” artist told Moss that he “wanted to go all out with a special project that would be revered as more than just a simple, run-of-the-mill jewelry piece.”

Flacko has worn the belt on more than one occasion since purchasing it, even flexing it on his Instagram feed back in the spring, worn with a black and yellow printed graphic tee, dark pants, and a Tamagotchi chain around his neck, among other stylish pieces used to accessorize his outfit.

Moss revealed that Rocky spent an astounding $322K on the flashy piece, which was created using VVS natural white diamonds, green diamonds, black diamonds, and natural rubies. In total it took the jeweller four months to complete the project.

It’s been noted that the buckle itself is made of solid 18K white gold, and according to Alex, “it was no easy task to make,” but he took care of business in his New York City shop.

“GRIM” is a familiar phrase for the Testing rapper, who performed his freestyle of the same name during Splash Festival earlier this year while promoting a clothing capsule he’s been working on.

It remains unclear exactly when we can expect new music from A$AP Rocky, but frequent studio sessions with him and Bad Gal RiRi have been taking place in recent weeks, causing album rumours to fly – read more about that here, and tap back in with HNHH later for more hip-hop news updates.