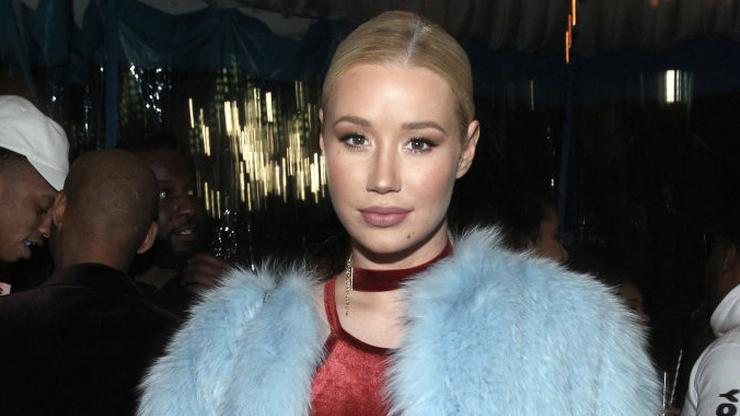 The 32-year-old has been sharing snaps of her little boy more frequently throughout her tour with Pitbull.

Iggy Azalea‘s venture into motherhood was a rocky one, and though she’s no longer with the father of her 2-year-old child, Playboi Carti, the Australian beauty seems to have come to terms with her life as a single working mother, even bringing young Onyx along with her on her most recent North American tour with Pitbull.

Like many celebrities, the 32-year-old opted to keep her baby out of the spotlight for the first year of his life, and once she did begin sharing content with her child, she didn’t hesitate to delete it and take a hiatus when the hateful comments got to be too much.

As she and Onyx have grown and matured together, Azalea looks to be stepping into a new era (fitting, as her last project was titled The End of an Era) of womanhood – one that finds her more confident than ever before.

Keep scrolling to check out a collection of the mother-son duo’s cutest moments together.

As of right now (September 23), the earliest “appearance” of Onyx on his mother’s feed was shared in May of 2021. We may not see the young boy’s face, but we do see the “Work” songstress posing with her luxurious Fendi stroller.

Less than a month later, Azalea celebrated her 31st birthday. To commemorate, she uploaded a photo dump to her feed, complete with several snapshots of friends laughing together, as well as a cute shot of Onyx standing up and playing as the red-haired rap diva watches on.

This time last year, the mother of one was also on tour, and according to photos, she brought her son along with her that time as well. When she celebrated making it to the halfway point of their journey, Azalea shared a snap of her and Onyx playing together backstage in their sweatpants during her time off.

It was nearly a year before the “Fancy” hitmaker would post her child again, but back in July, a smiling image of Onyx out and about with her appeared on her Story.

A few days later, the duo returned – this time posing for a selfie on Azalea’s feed. In the caption, the singer revealed that she and the 2-year-old are “never not together.”

In August, Onyx spent more time touring arenas with his superstar mother – who clearly lets him express himself through unique hairstyles and outfits.

The backstage vibes have continued into September, with Azalea and her mini-me making stops in Vegas and countless other cities. Time will tell what adventures Onyx will get to have next!