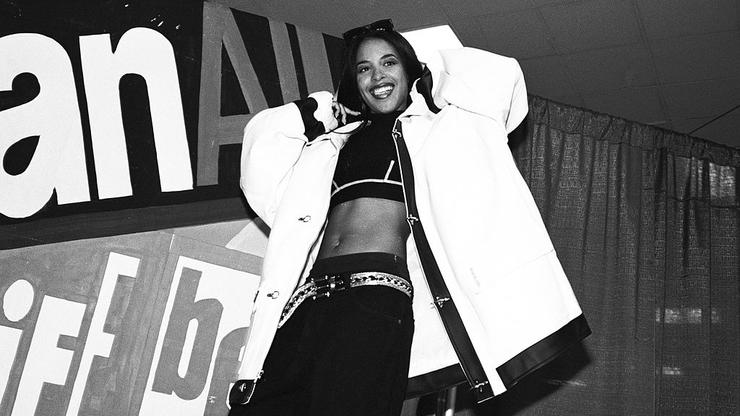 In honor of Aaliyah’s “One In A Million” twenty-fifth anniversary, Blackground Records 2.0 has unveiled a limited edition clothing capsule.

The day has finally come — Aaliyah‘s 1996 classic album One In A Million has officially hit streaming services, complete with guest appearances from Missy Elliott, Timbaland, Slick Rick, and Treach.

In honor of the big release, Background Records 2.0 has commemorated the occasion with a limited edition clothing capsule, a collection that should please Aaliyah’s loyal fans.

The collection, which includes hoodies, t-shirts, a baseball jersey, sports bras, and sweatpants, can be seen in its entirety at the Blackground Records store. As expected given the recent twenty-fifth anniversary of One In A Million, the majority of the designs incorporate the album. The back of one particular t-shirt even provides a bit of trivia about the project, highlighting a sales total of over eight million — expect that number to rise now that it’s found a home on streaming platforms.

Alongside the launch of the new One In A Million clothing capsule, Blackground Records 2.0 and Empire will also be honoring Aaliyah with a worldwide projection campaign. According to a press release, the projections began at sundown last night in select cities, including New York City, Miami, Berlin, Los Angeles, and London. They will run throughout the remainder of the day (August 26th) in Detroit.

Be sure to revisit One In A Million now, available on all streaming platforms for the first time. The remainder of her catalog is set to follow suit, with the Romeo Must Die soundtrack landing on September third and her eponymous album due in October. Check out the official line of merch below, and sound off if you plan on copping a piece.