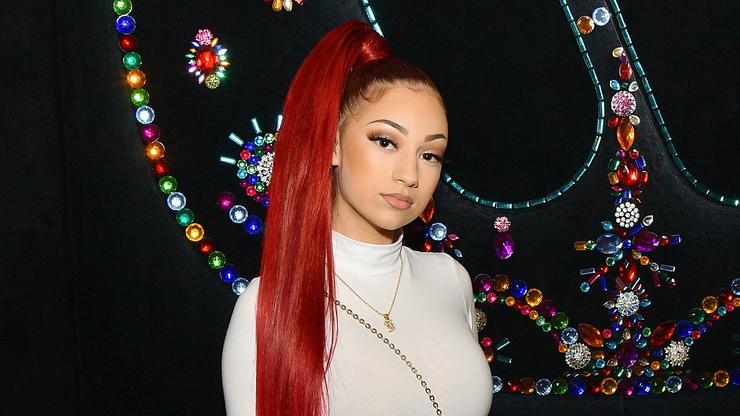 Bhad Bhabie has a message for fans who have a problem with her body.

In a culture where everything moves so quickly, fans still manage to find the time to comment on things as trivial as an artist or celebrity’s physical appearance, and now, just days after T.I. stepped up to publicly defend Lizzo against body-shamers, viral sensation-turned-teenage rapper Bhad Bhabie reveals she has been suffering from similar treatment.

Despite all of the money that she has been making from OnlyFans and her recent investment in the Jewish dating app Lox Club, Bhad Bhabie has still had to deal with fans criticizing her for being “too skinny,” similar to how Coi Leray was ridiculed earlier this summer following her appearance at the BET Awards. In an effort to show her detractors that she is 100% confident with her physical appearance, Bhad Bhabie took to Instagram to show off a poolside swimsuit picture and address her haters.

In the photo, Bhad Bhabie poses near the edge of a pool and shows off her body in a lavender swimsuit. In the caption for the post, she writes, “Y’all angry that I’m not insecure about my body being skinny and it shows. BMI clearly states that someone who’s 4 11 should b 86 – 105 lbs I’m 87 pounds.”

After explaining that she’s perfectly content with her physical appearance, Bhad Bhabie also offers a piece of advice for all the body shamers out there, saying, “So go suck 101 dicks if you have a problem with someone else’s body.”

Check out Bhad Bhabie’s body-positive poolside post, as well as her message to body-shamers, below.

From Coi Leray to Lizzo, several other public figures have recently been body-shamed in addition to Bhad Bhabie. How do you feel about the rampant body-shaming as of late?