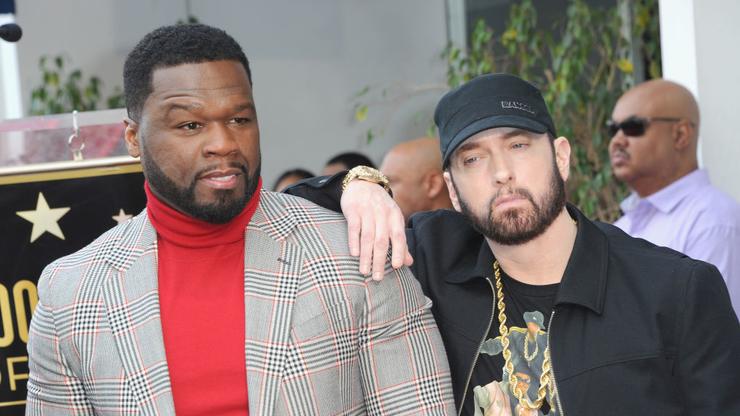 In a new interview, 50 Cent reveals that Eminem’s “EPMD 2” verse drove him to write and record some new music.

There are many who still hold out hope that 50 Cent and Eminem — a duo who once blessed the game with twenty collaborations throughout the years — will reunite for one last musical hoorah.

Alas, such hopes appear to be foolish, given Fif’s pseudo-retirement from the rap game. Still, he remains an emcee at heart, and could certainly be driven to the booth under certain circumstances.

In fact, he recently found himself stricken by inspiration after hearing one of Eminem‘s more recent verses, which arrived by way of Nas‘ “EPMD 2.”

It should be noted that Em actually gave 50 a major shout-out on the verse: “I hit 50 via text, told him that I love him ‘cause I don’t even know when I’ma see him next.” Upon first hearing the verse, Fif took to Instagram to pay homage. “No you can not front on this verse,” he captioned. “You just gotta listen. Shut the fuck up and listen.”

Now, 50 has once again opened up about “EPMD 2,” revealing to People that it actually drove him to write some rhymes of his own. When asked about the one thing that inspires him to make music, 50 is quick to name Em. “When Em does something that stands out to me, it’s special,” he explains. “He just had a performance on Nas’ album, and it made me want to record again because of my connection to it. He sounded so good that I was like, I gotta write something.”

“I feel like I’m still in it,” he continues. “Even if I don’t share it with the general public, it forced me back into writing, going to the studio and recording something.” When the host asks if 50 could text Em and secure a new collaboration with ease, Fif nods — though when asked if it’ll happen, he responds with a decisive “probably not.”

Sad though it may be to know we’ve heard the last Eminem and 50 Cent music — that we know of — at least we have a fair number of classic records from their run as labelmates. Check out 50’s thoughts on Eminem and writing new verses below, via People.