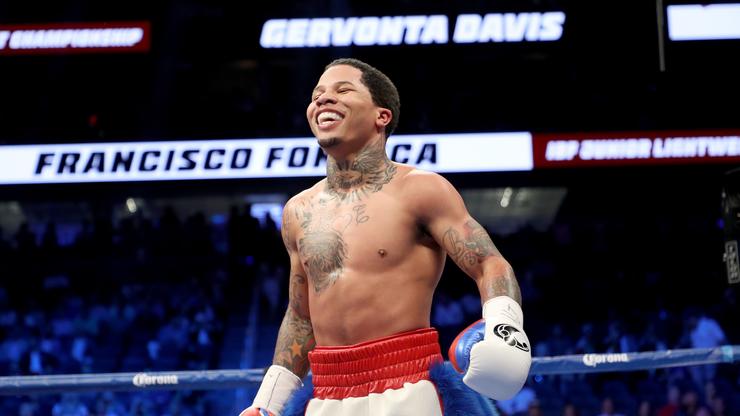 Jake Paul defeated Tyron Woodley last night via split decision after an eight-round fight that saw Jake dominated from start to finish. While some out there believe the fight was rigged, there is no doubt that Jake put up the better overall performance. Woodley didn’t have the punching power, while Jake knew how to maneuver better in the ring. Now, these two could be headed towards a rematch, and fans are extremely excited about this prospect.

Some people, however, think this is all a sham, and that it needs to stop immediately. For instance, Nate Diaz came out last night and said that both Woodley and Paul suck at what they do. As for the boxing world, Gervonta Davis weighed in on the matter with a simple yet hilarious comment.

After rapper Doe Boy asked his followers for a link to the fight, Davis quote-tweeted him saying “ass.com.” It’s a crass yet effective comment in terms of displaying exactly how Davis feels about this spectacle. Over the past few weeks, Davis and Paul have had their fair share of back and forths, and at this point, it’s clear Davis is done with Paul’s antics.

Regardless of Davis’ comments, it appears as though Paul is just getting started in the boxing world, and with his 4-0 record in mind, we could see some interesting fights coming down the pipeline.