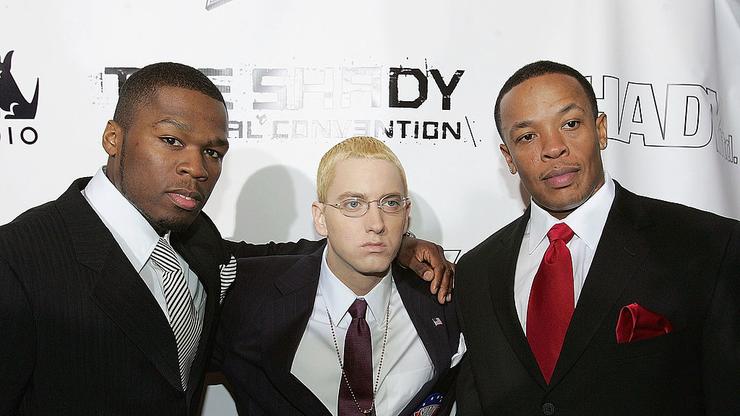 The track was reportedly produced by another frequent collaborator, Dr. Dre.

It’s been nearly two decades since Marshall Mathers delivered his Curtain Call: The Hits compilation album back in December of 2005, so it’s safe to say fans are more than excited to hear the follow-up, which is due out next weekend, on August 5th.

In a similar style as its predecessor, Curtain Call 2 will mostly consist of titles plucked from Eminem‘s most recent albums following his comeback, although it’s worth noting that the project also boasts three newer songs (two of which have already been released).

Up until today (July 30), it remained unclear what the third, unknown new track would be, but now, thanks to Target’s website, we now know it’s an unreleased collaboration with 50 Cent that dates all the way back to 2009.

A sticker placed on the 2LP vinyl that’s set to be for sale following Curtain Call 2‘s release reveals that Dr. Dre was the producer on “Is This Love,” making it even more exciting and impressive to fans, despite the fact that the song was actually curated long ago.

Seeing as fans have been eagerly awaiting another joint track from Fif and Em (classics like “Peep Show,” “Hail Mary,” and “Crack A Bottle” just aren’t cutting it anymore), the news is sure to send even more streams flying the Detriot native’s way.

Other songs to be included on Curtain Call 2 include Slim Shady’s collaboration with CeeLo Green on “The King & I” from Baz Luhrmann’s Elvis film, as well as “From The D 2 The LBC” with Snoop Dogg.

Are you eager to hear what 50 Cent and Eminem have in store for us next Friday? Sound off in the comments below, and tap back in with HNHH later for more hip-hop news updates.